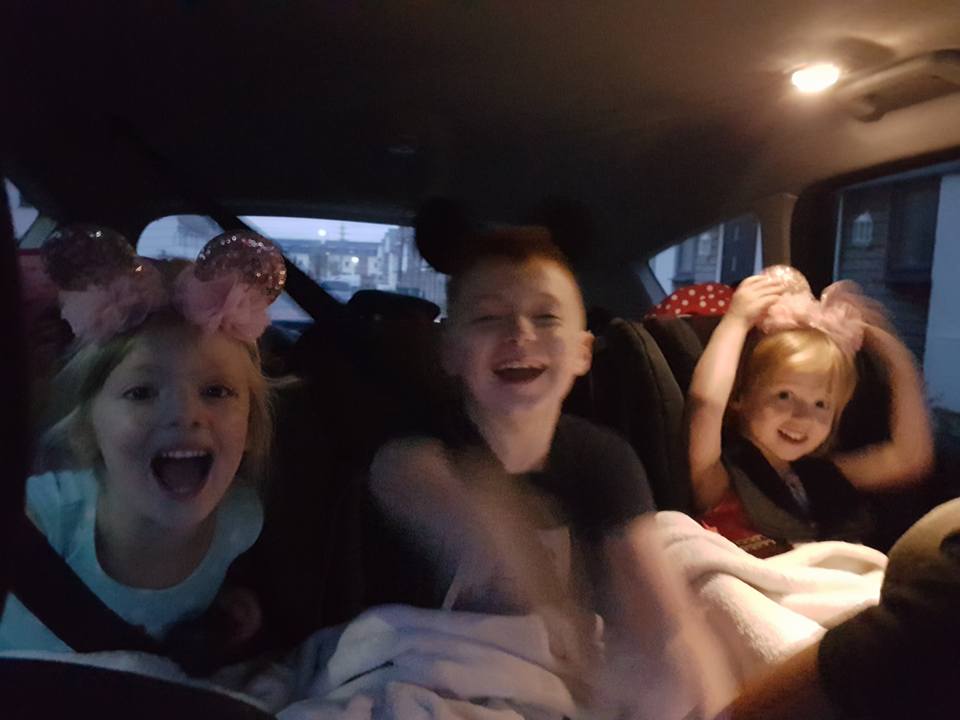 We chose to drive to Disneyland Paris July 2017 and go on the Eurotunnel as we could make as many stops as we needed to for wee breaks.

I drive a Motability car and I’m so glad I found a Facebook page called Disneyland Paris for Brits or I would not of known I would need to get a certificate to take the car out of the country, also If you have a car on finance you need this certificate to. 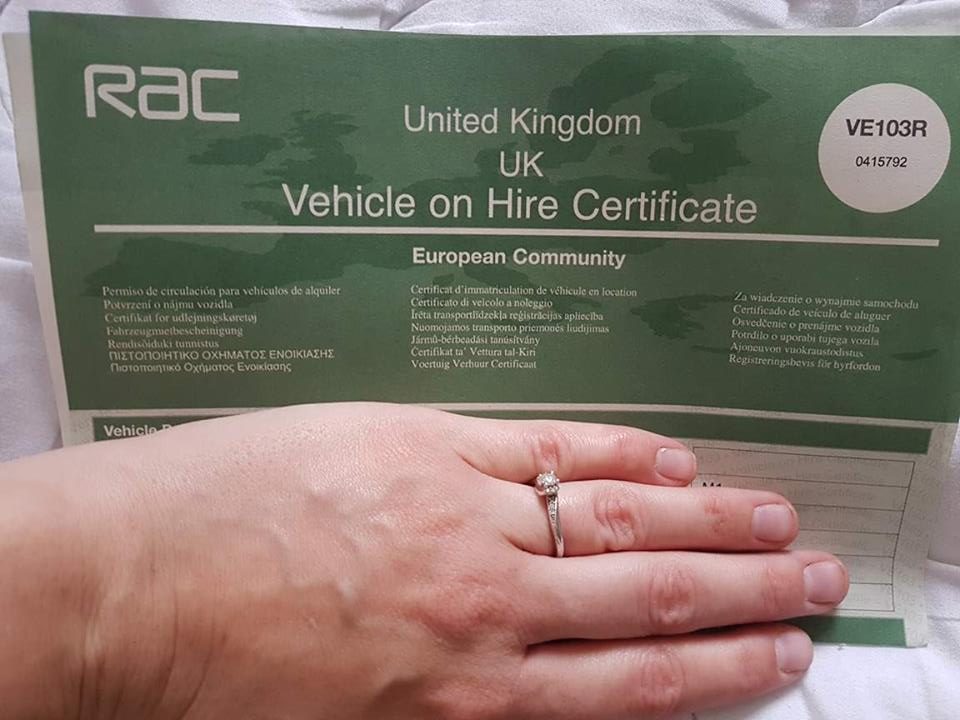 I took the following in the car with us;

I had packed the car the night before to save time in the morning as it was a big secret surprise for the kids  and we wanted to enjoy their excitement when we told them we was going right now!

Also take a lot of snacks with you when driving with kids. we prepared a bag each with sweets, colouring books, crayons and colouring pencils, magazines, we also charged their Kindles and brought them headphones.

We took the following snack;

We left at 4am and I was driving to Folkestone which took us about 4 hours to get to the tunnel as we had stopped for a maccyd breakfast on the way and a pee stop.

We was late as per usual and luckily just got on the next train which meant we missed the shopping, Never mind. As we went through we was given a Letter on a card that we had to hang on our mirror and was easily directed where to go, They checked our passports and scanned the car with a wand to make sure there was no explosive hidden on it.

When we got there we was directed to the disabled users line and was first on the tunnel which meant  first to the clean toilets as we was all bursting.

The tunnel took about 30 minutes to get to Calais and it went so quick it was hot in there and they do ask you to open your windows and switch your engine off and put your gear into 1st ( with your hand break on and the car in gear it will stall which is a extra safety measure) As we drove off the train into Calais I got confused with time as my phone had automatically changed to a hour ahead. (France is 1 hour ahead)

There is a petrol station as your driving away from the Eurotunnel so you can fill up. We used our phones sat nav to direct us straight to the hotel. David drove in France as I was to scared to and at first I thought we was going to die, not because of David but because of the other drivers , They’re Looneys! they indicate but then literally just pull out , they don’t even give you chance to see them indicating, so be careful.

We went on a toll road which was lovely and it was just a straight ride through and the roads were smooth with no traffic. Luckily we had cash on us as we wasn’t expecting a toll we didn’t plan that far ahead haha. we went through the first set of machines which gave you a card which was all in French so had no idea what it said so I tried to translate it on google. It said to keep hold of the ticket until we get to the next gate where we need to pay which was 21.70Euros if I remember correctly and its the same on the way back. Worth paying to drive straight through as its a lot quicker and a lot easier than all the back routes and bumpy roads.

We started to see signs for Disneyland Paris and it was so much fun listening to the kids yell with excitement every time they saw a mickey mouse sign. It wasn’t long before we saw  Disney hotel signposts and we stopped twice from Calais to our hotel, I’d say the second part took us about 4 hours.

As we got to the Disney hotel roads it got busier but only because we saw a lot more cars  and not because of traffic, we found our hotel really easy and as we approached the barrier a security guard came out and asked to see our booking documents, we presented them and he let us through.

We saw a Disabled/VIP carpark and presented the attendant with it and he let us in to park close to the hotel.

If you have any questions about my post please send me a email and I will try my best to answer it Jo@theknighttribe.co.uk