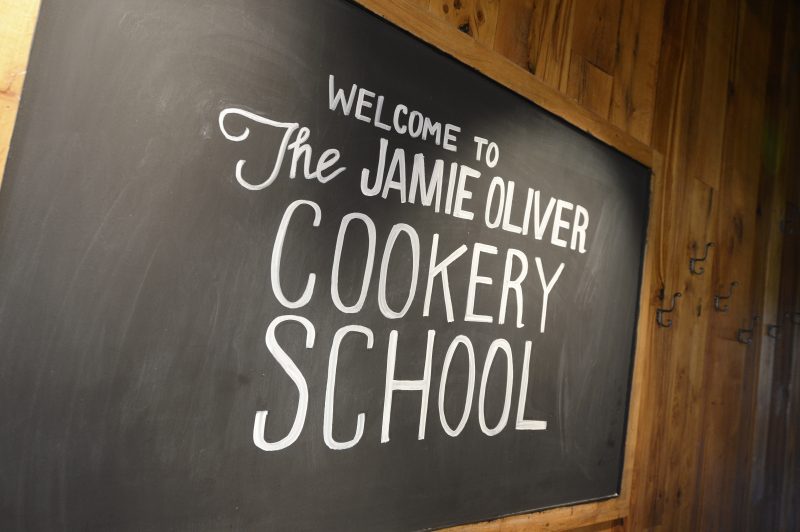 During the April half term Leo and I were invited down to London to attend Jamie Oliver’s cookery school. The menu for the session meant we would be making Moroccan style meatballs. This invitation couldn’t have arrived at a better time as I was desperate for Leo and I to spend some quality time together. As you maybe aware Leo has cerebral palsy and although he does manage walking on a day to day basis he would usually use his wheelchair on days out, however he chose not to take his chair to London.

On arrival we were met and shown into the reception area of the cooking school where we were given aprons and a name tag each. We were then given drinks while the order of the day was explained. Leo beamed at me while this was happening. We washed our hands and were then taken through to the classroom where all the ingredients were set out ready for us at each station. 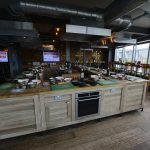 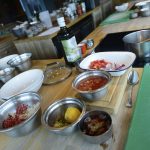 We all watched the demonstration eagerly, Frankie and Jack really made the experience come alive throwing in hints and tips (I finally found out how to de seed a pomegranate… cut it in half, turn upside down and whack it with a rolling pin ). 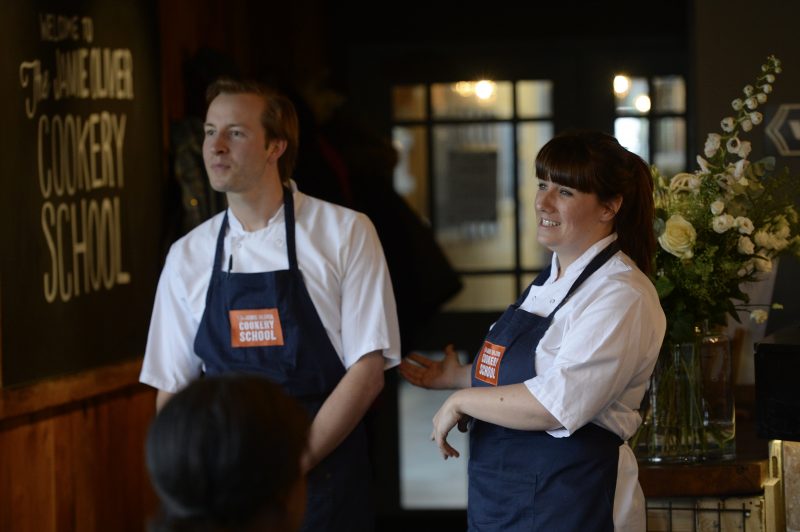 The ingredients were not ones we would ordinarily use at home and some we had never even tried before, We could choose to leave them out but we choose to keep them and give it a try.

Leo’s face showed how important and grown up he felt following Frankie and Jacks instructions’ on his own. I was so proud to see how he reacted especially as Leo has always had issues with getting his hands dirty and this recipe meant you had to put your hands in the mixture to combine the ingredients.  Whilst the meatballs were cooking we were shown how to make the second part of the meal which was making the couscous with lemon and pomegranate and serving it up in a deep serving bowl. 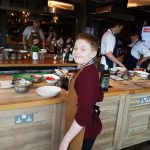 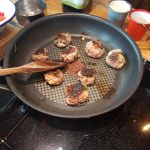 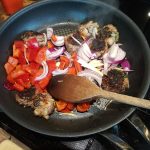 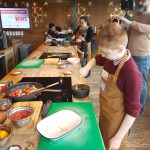 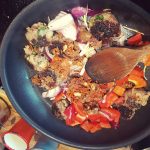 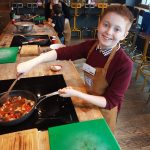 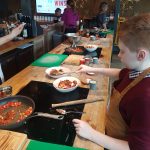 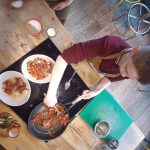 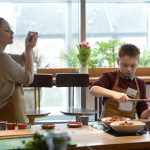 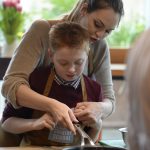 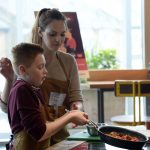 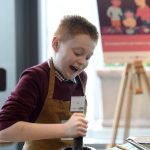 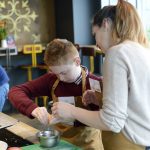 We sat down and ate the dish Leo had prepared.  I have to say it was amazing and delicious doesn’t come close We were even able to take some home for daddy knight. For desert we were given an ice lolly each. 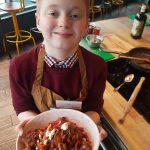 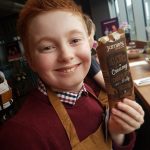 We both thoroughly enjoyed our day at Jamie’s Cooking School learnt new skills and met some lovely people had amazing food and NO WASHING UP. You can find the recipe we followed here.  Kids’ mad about meatballs 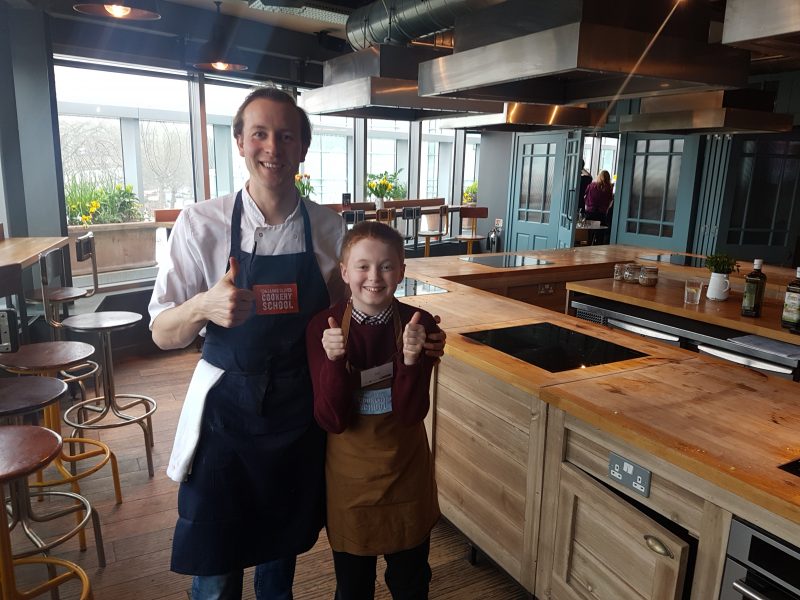 Hotpoint Healthy Recipe challenge. Get your children involved to make the ultimate healthy recipe for the chance to win a Hotpoint oven and a family trip to Warner Bros. Studio Tour London – The Harry Potter tour, with 4 x £50 Curry’s PC World Vouchers as runners up prizes. Click here to enter