November 16th 2010 will always be an important date in our lives. On that day Leo underwent a life changing operation in St Louis USA. This operation we hoped would give Leo the chance to stand on his own and ultimately walk. We had fundraised and travelled to the U.S because at the time SDR was not available on the NHS. Leo was 4 years 11 months and had been diagnosed as having Spastic Diplegia Cerebral Palsy for almost 3 years. Although Leo could not stand or walk he could pull himself up on furniture and got around by high knee crawling. This mean Leos world was almost all indoors. He was unable to play outside of his garden without literally ripping his knees to pieces. He did go to nursery but couldn’t understand why his legs didnt work the same as his friends. He thought a lot about what he couldn’t do and this became obvious when the U.S Dr asked Leo what did he want to be able to do and Leo answered ‘go to the toilet without mum watching.’ 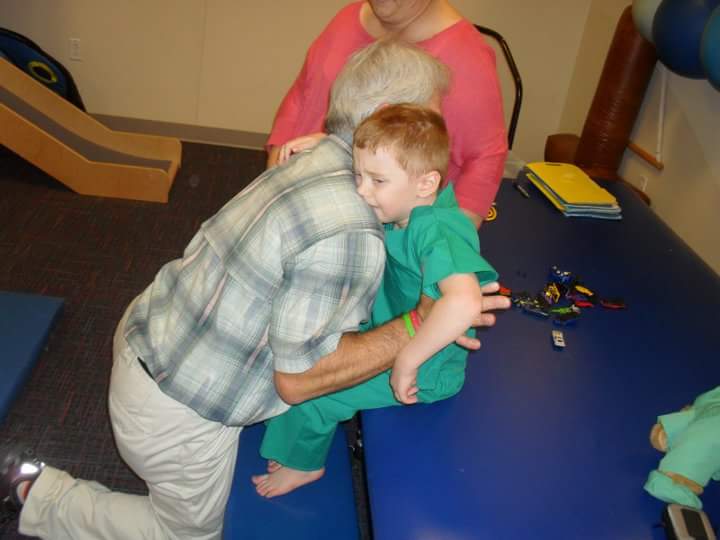 I am not going to sugar coat this. The experience of fundraising was tough, its hard to talk about what your child can’t do. Hard asking strangers for help, hard standing outside shops with collection tins but we were really lucky in the number of people that helped us reach the target we needed. Listening to his doctors here advising us not to go ahead, telling us Leo needed his spasticity for the little control he did have of his legs, Hard going against their advise. Hard defending yourself on why you were intent to put your healthy child through such a traumatic operation so far from home when there was no guarantee the operation would even make any difference. However we knew without this chance Leo would definitely be in a wheelchair and dependant on others for the rest of his life. That the spasticity would cause damage to the rest of his body . Cause more pain as its a proven fact spasticity causes premature aging of the muscles throughout his whole body. Even muscles not affected by spasticity age as they compensate for the muscle groups that are affected. 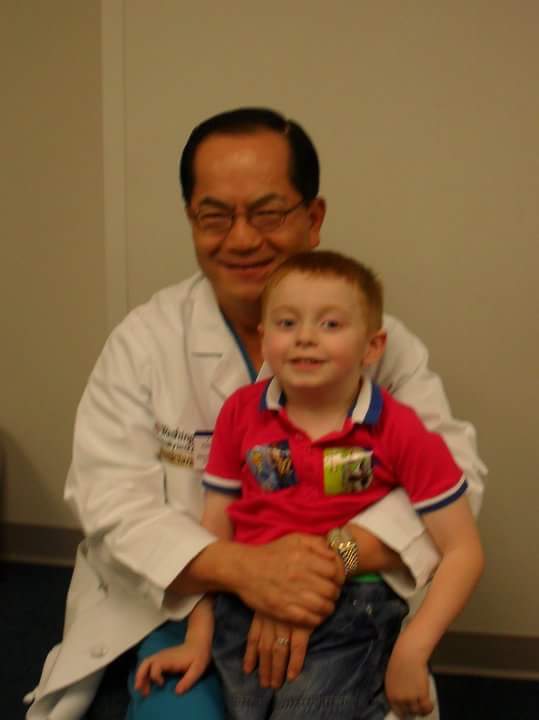 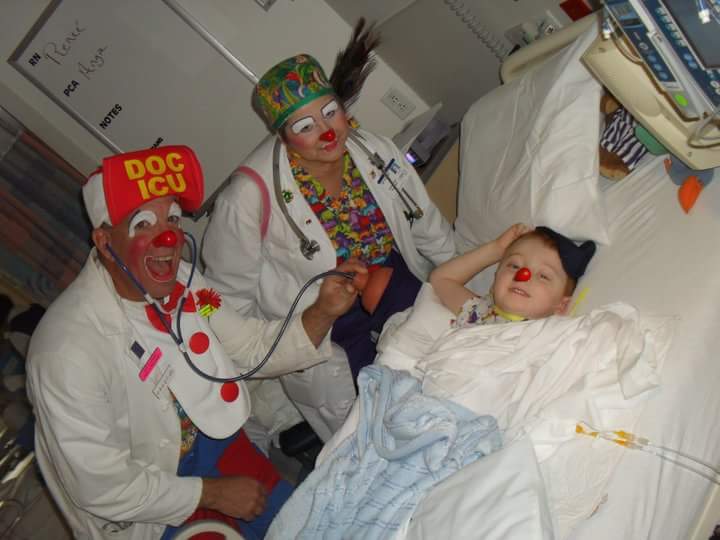 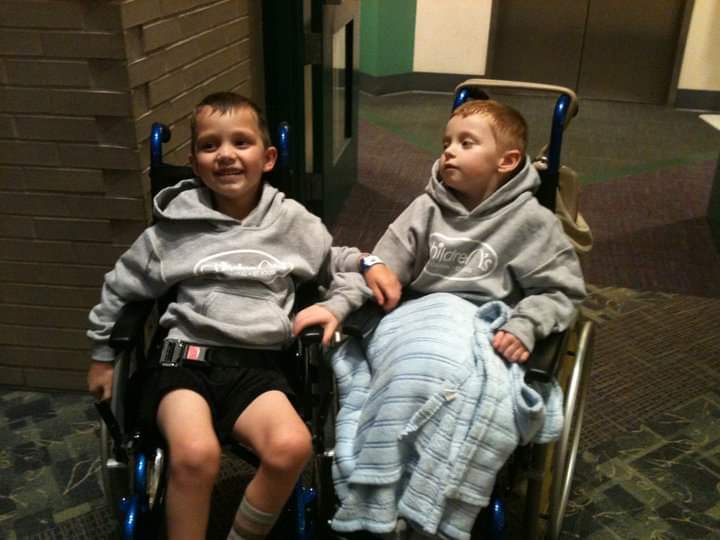 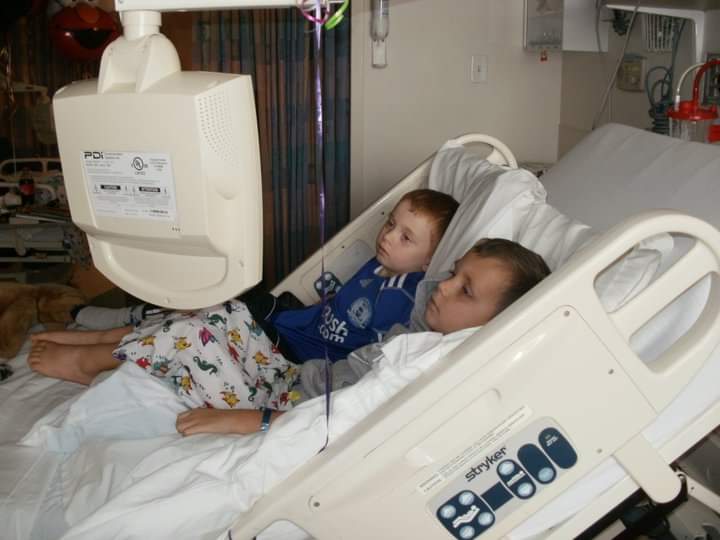 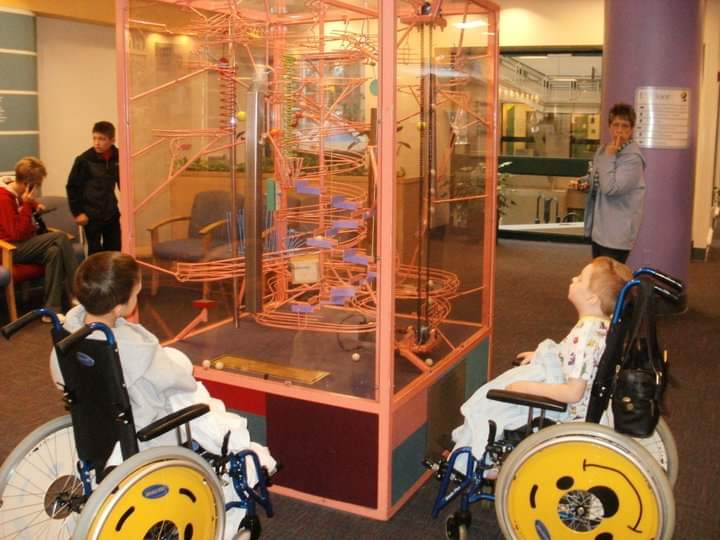 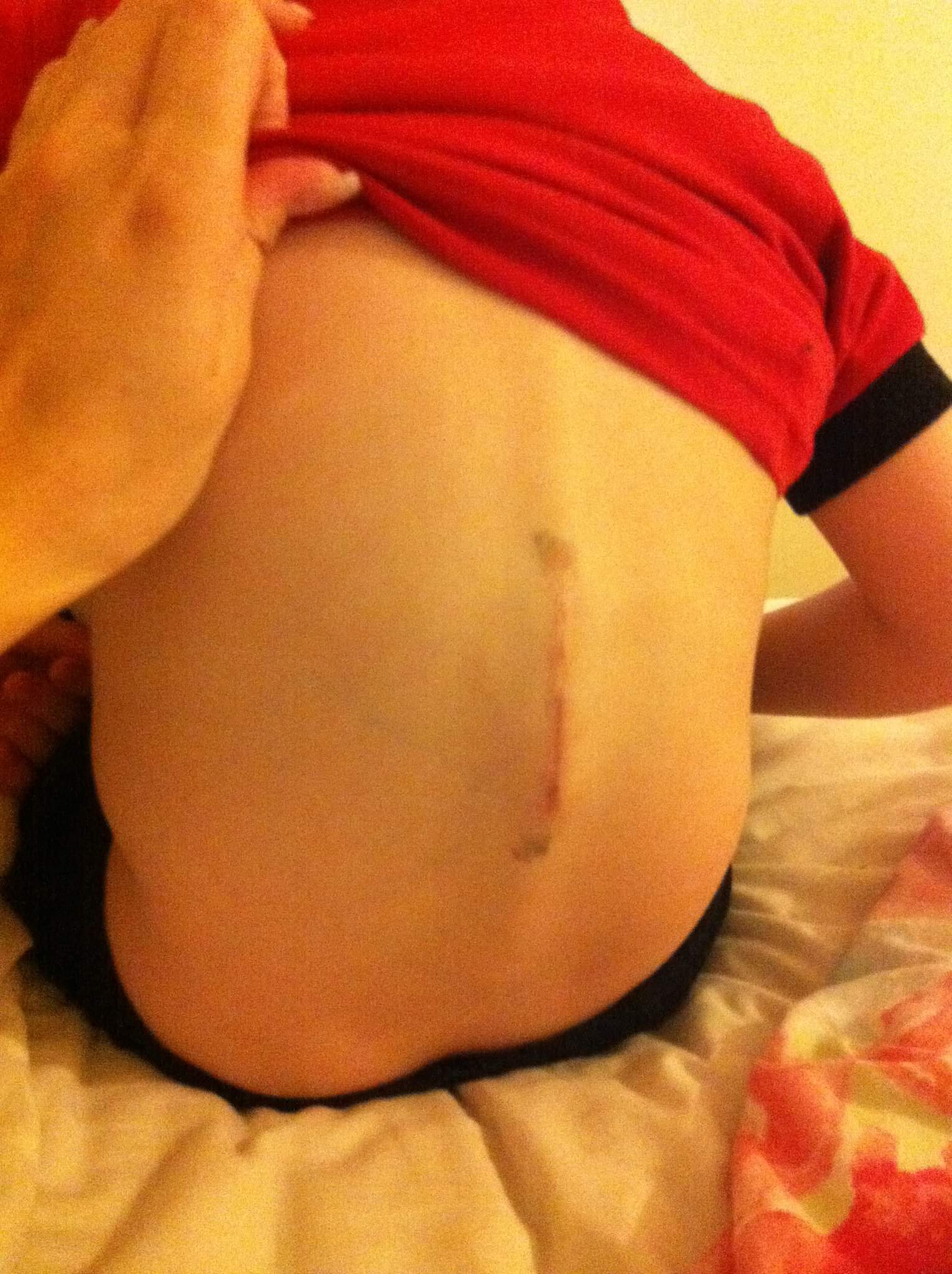 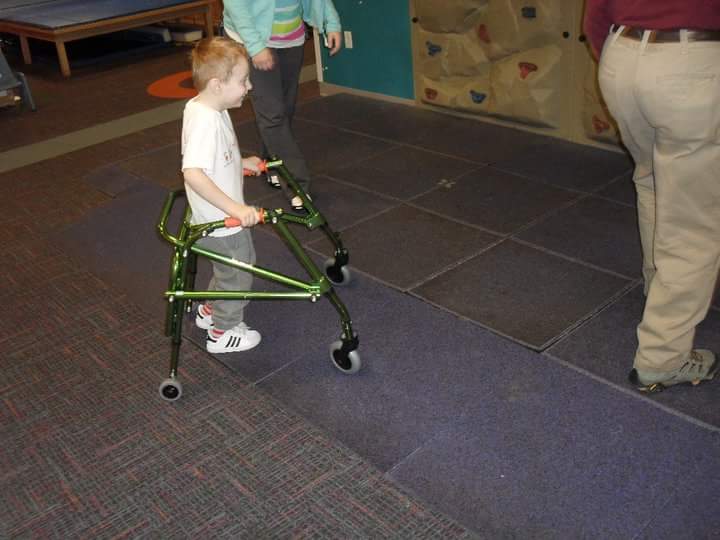 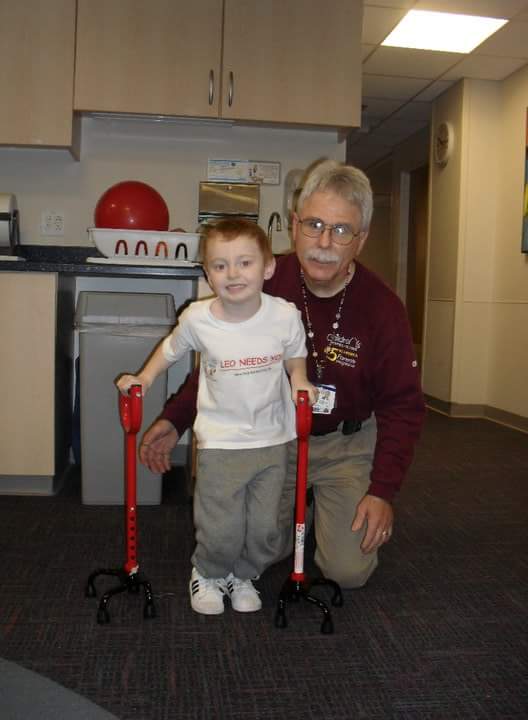 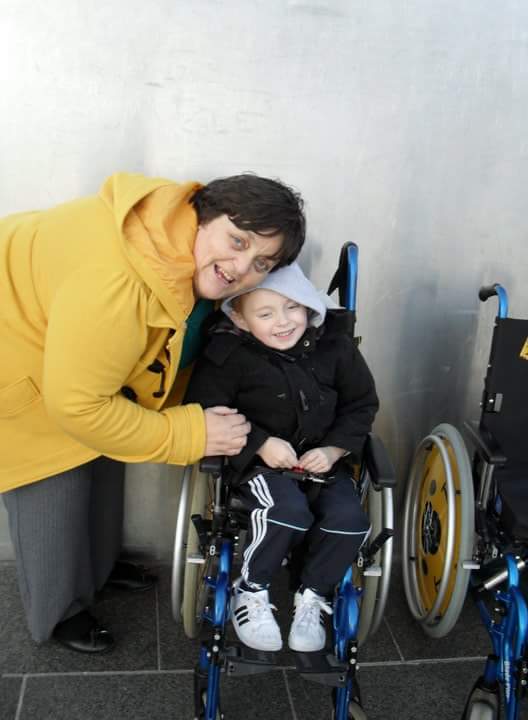 Once we arrived at St Louis Children Hospital and met Dr Park and his team we knew without a shadow of doubt we had made the right decision and no matter what the outcome was we would be able to look Leo in the eye and tell him we gave him every chance we could. 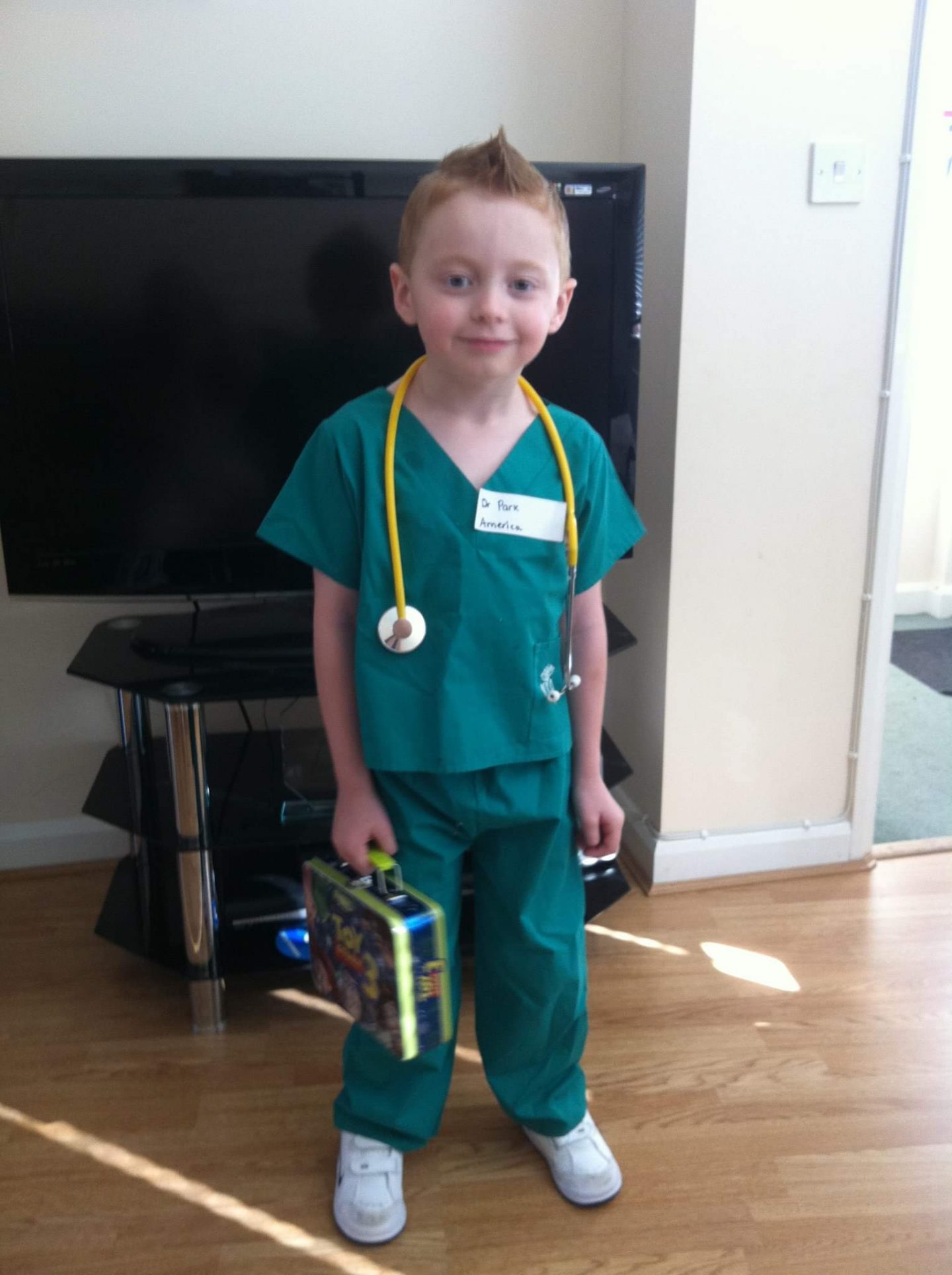 For us the outcome was amazing. Three days post op Leo stood clinging to Mike ( the physio) and placed his feet flat on the floor. By the following week he was standing with a walking frame days after that he rode a therapy bike and most amazingly of all 6 weeks after the SDR Leo walked for the first time. First of all a few shaky lurching steps very quickly became more confident. He could now go to the toilet without his mum watching, He could also help himself to drinks and food from the fridge. He would often be recognised when he was out and about because he had been featured heavily in our local paper  and people would come over to talk to him and say how surprised they were he was so mobile.

Leo is now almost 13 and has continued to become more and more independent. He has completed 5k fun runs, can go up and down stairs on his own, Can look after his own personal hygiene and very recently completed 5 widths of his school swimming pool. This week he prepared cottage pie for his family not only using a knife but allowing his hands to get dirty. Leo doesn’t like getting his face wet or his hands dirty.

To say he is totally independent would not be true. He has to use a K Walker around school ( more to stop people bumping into him as he falls easily). During growth spurts his walking becomes unstable and he falls. The cold weather makes his gait worse and occasionally uses his wheel chair if he is expected to stand for any length of time ( i.e. church parade with his scout troupe). He still gets upset that he cant keep up with his peers and complains that he has to go to bed earlier than his friends.

That said we have absolutely no regrets regarding SDR and would go through it all again in a heartbeat. Luckily SDR is now being carried out in the UK following Dr Parks technique 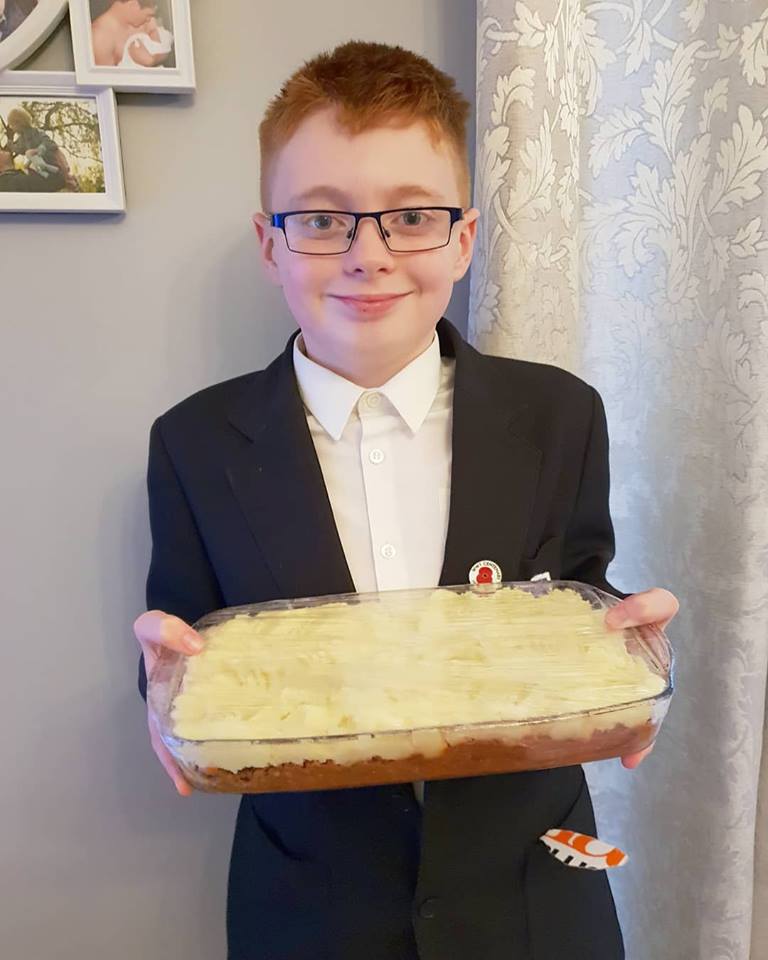 Leo underwent Selective Dorsal Rhizotomy which is a life changing operation for children/adults who have cerebral palsy performed by the legend which is Dr Park and then two weeks later Leo had more surgery performed by Dr Matthew Dobbs to lengthen his hamstrings and heel cords in both legs both of these were carried out in St Louis hospital in Missouri. 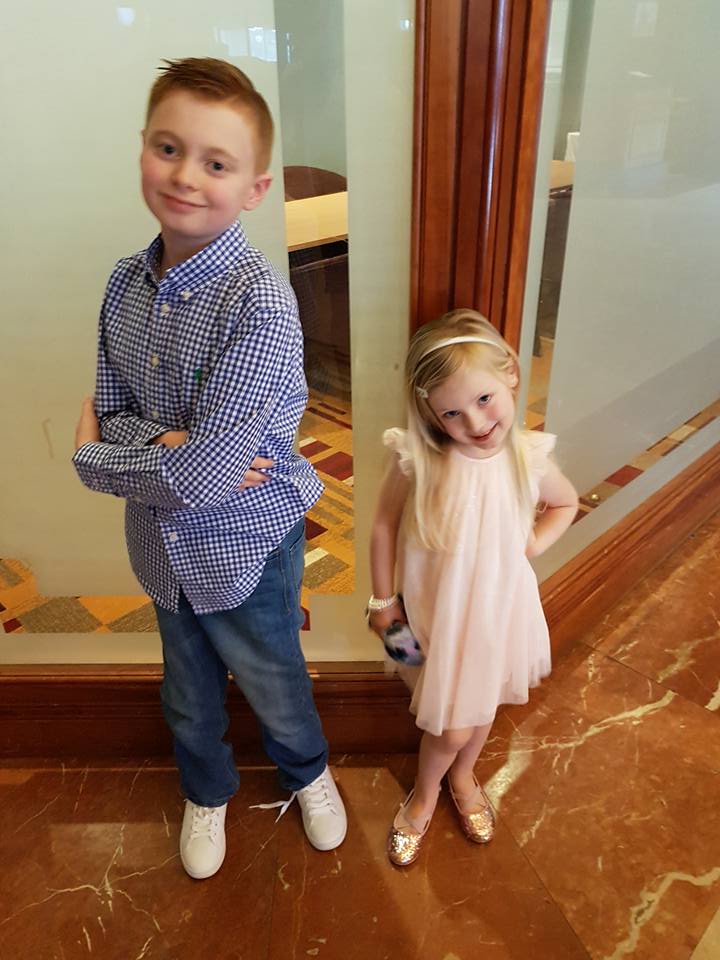