This was our second trip on the Santa express based at Nene Valley Railway in Wansford, Peterborough. The last time we visited, Emily was only two years old and we had a really lovely time. The only reason why we didn’t do it again until this year was purely because we wanted to try other places too.

I booked our tickets online, which was really easy and straight forward to do, all their dates, times and availability are on their website clear as day for you to pick from. On the next page, you can pick whether you want a classic seat or a first-class seat. The only difference between the two is that on the classic ticket you don’t get a table like you do with 1st class and I think you get an extra snack to eat on the train journey, but you would need to double-check that. There are also options to book a private coach and add on food platters.

On the next page, they ask for the children’s name and ages and then the payment screen. We received the tickets in the post at the beginning of December, so plenty of time before we were due to go on the 14th.

The car park situation always looks quite daunting, as there are cars parked everywhere, however, we managed to get parked up quite quickly. Word of advice though, wear footwear that can be easily cleaned because you will get quite muddy getting out the car, especially if it has been raining.

Our train was booked for 2pm and we arrived at 1.40pm. We went straight through to the where you give your tickets to the train inspector and the kids all received badges to wear with their ages on. As our train was leaving at 2pm, the waiting area was empty, as most of the people had already boarded the train. The inspector asked us to hurry as quick as we could because the train was waiting so make sure you arrive in plenty of time so there will be less of a rush. We waited for around 10 minutes to see Santa and whilst we did there was so much going around to keep you and the kids entertained.

There were interactive displays set up which the children could look at, have photos with and press buttons. A children’s entertainer was juggling, spinning plates and playing with his ‘magic’ hat, which had the kids kept very amused. A choir was singing Christmas classics while you wait, they even get the children to pick the next song they sing out of their music book and Lydia got to pick ‘Jingle Bells’ which she loved. 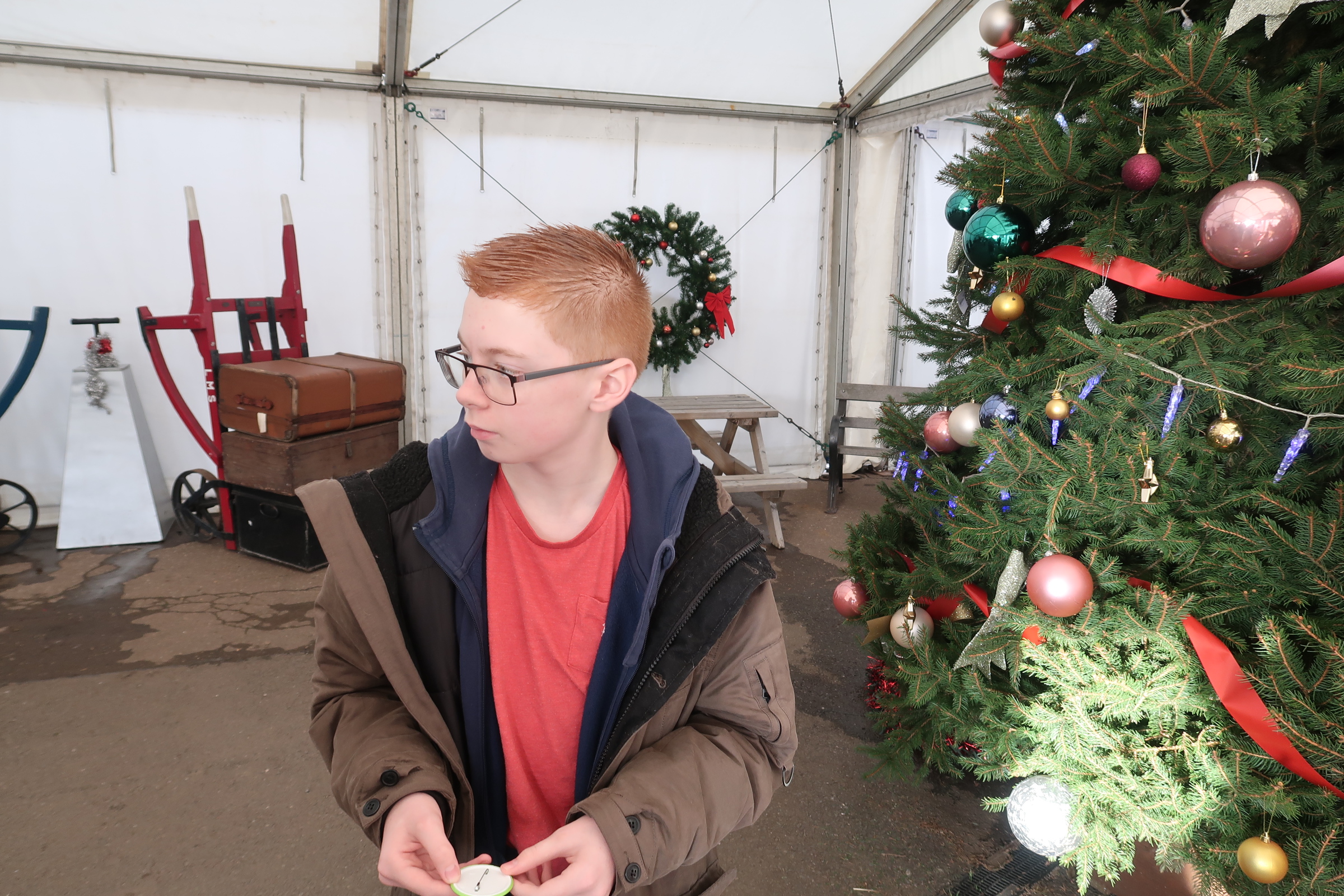 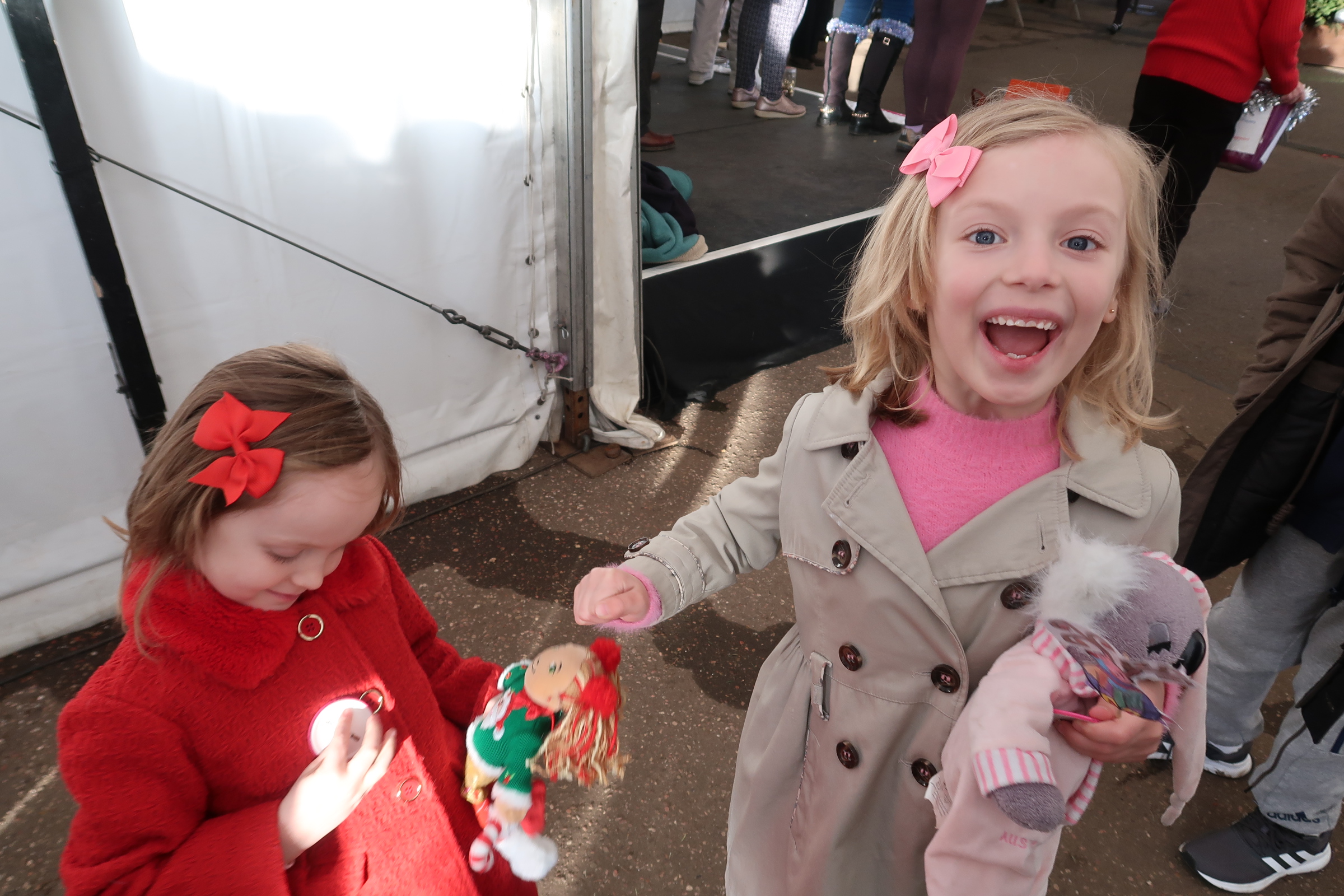 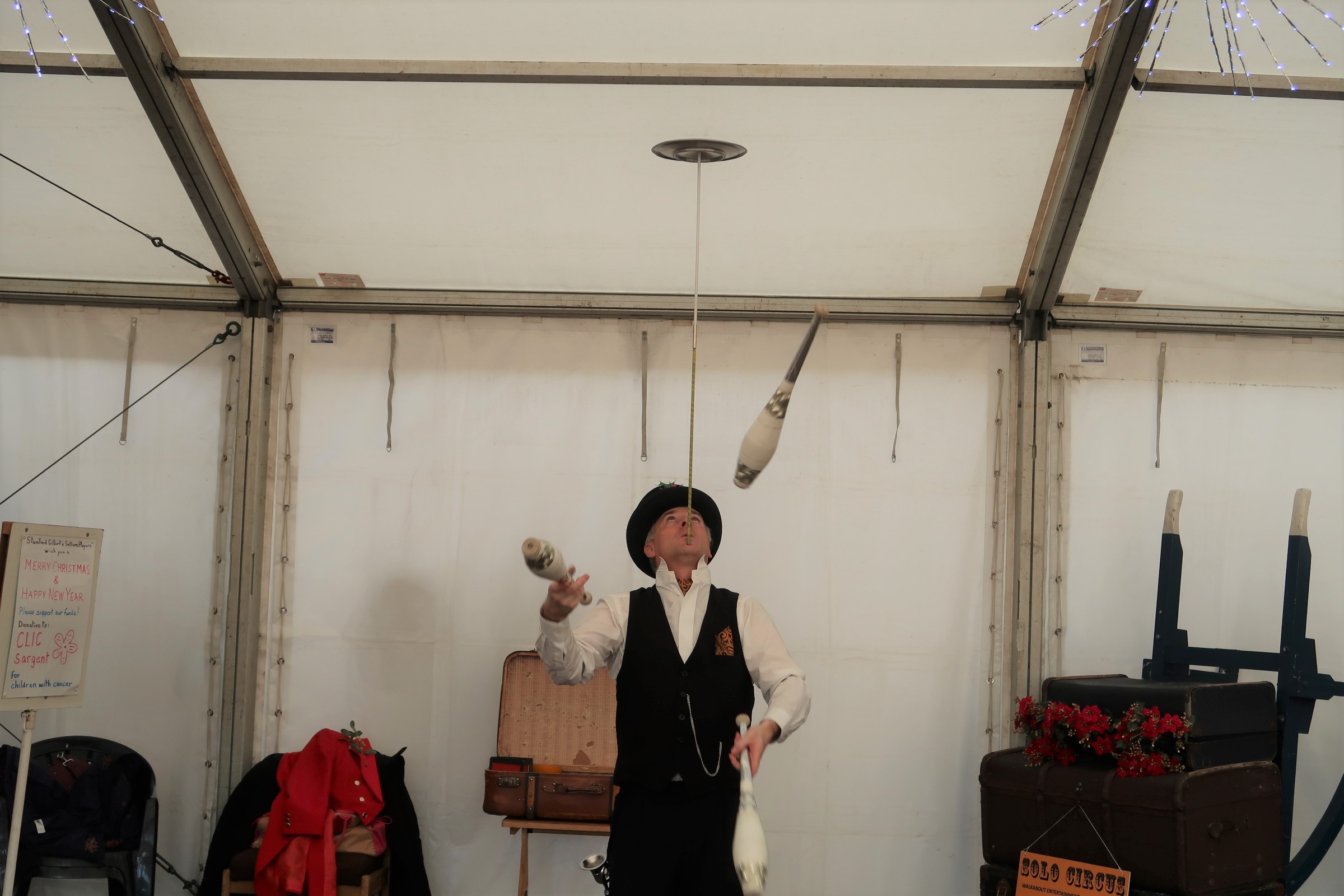 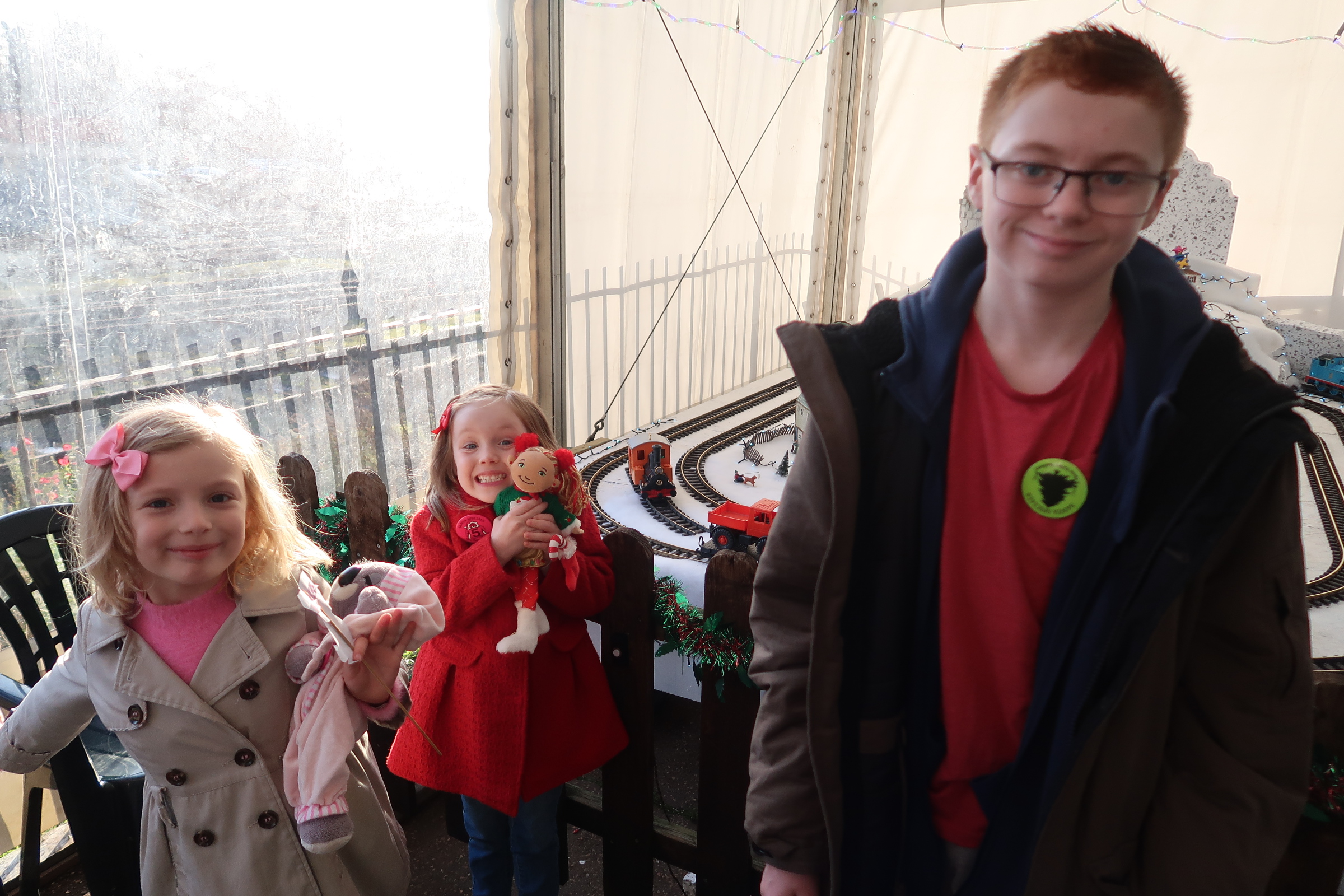 Seeing Santa Claus was lovely! As you get to the door to his ‘grotto’, you are greeted by his friendly elf helpers who interact with the kids asking them their names whilst secretly looking at their badge age so they can choose the relevant gift. Emily and Lydia were full of questions for him and Emily had even drawn him a special picture and gave him another letter to take back to the north pole, which was adorable. Leo (14) said it was embarrassing, but went with it for his little sisters and secretly he enjoyed it. 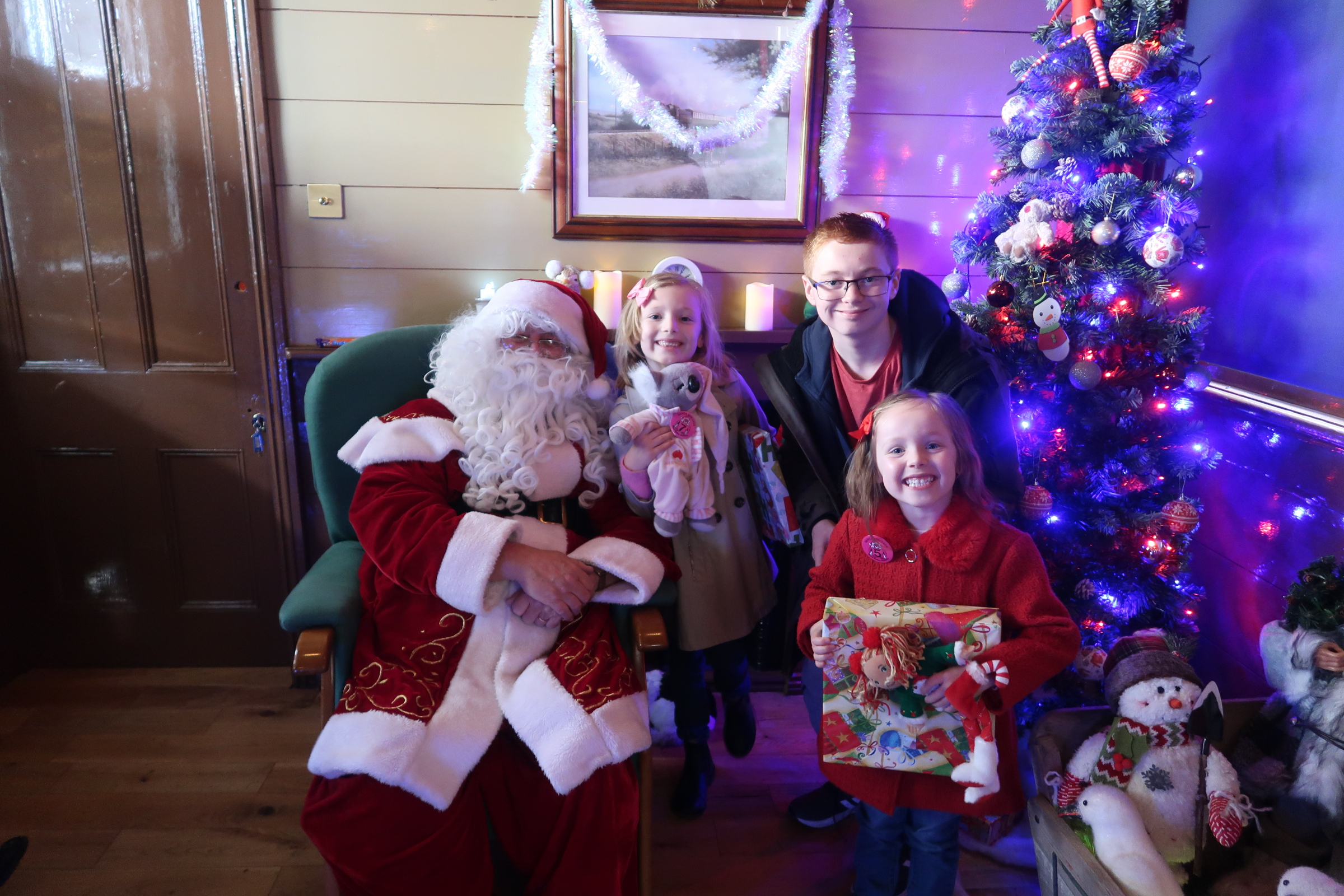 We boarded the train and made our way down to coach H, which is where we would be sitting for our train journey. The carriage was pretty basic and is really old, but that just added to the experience in my opinion. As soon as we were seated, the kids ripped open their gifts to see what Santa had brought them and they were all chuffed to bits with the gifts. Emily got a Disney Princess Jewelry game, which we play at home and the girls really enjoy playing it together. Lydia loves crafts and she got a paint by numbers set, which she was over the moon with, and Leo loves anything old and retro and even he was happy with his little model Alfa Romeo car. 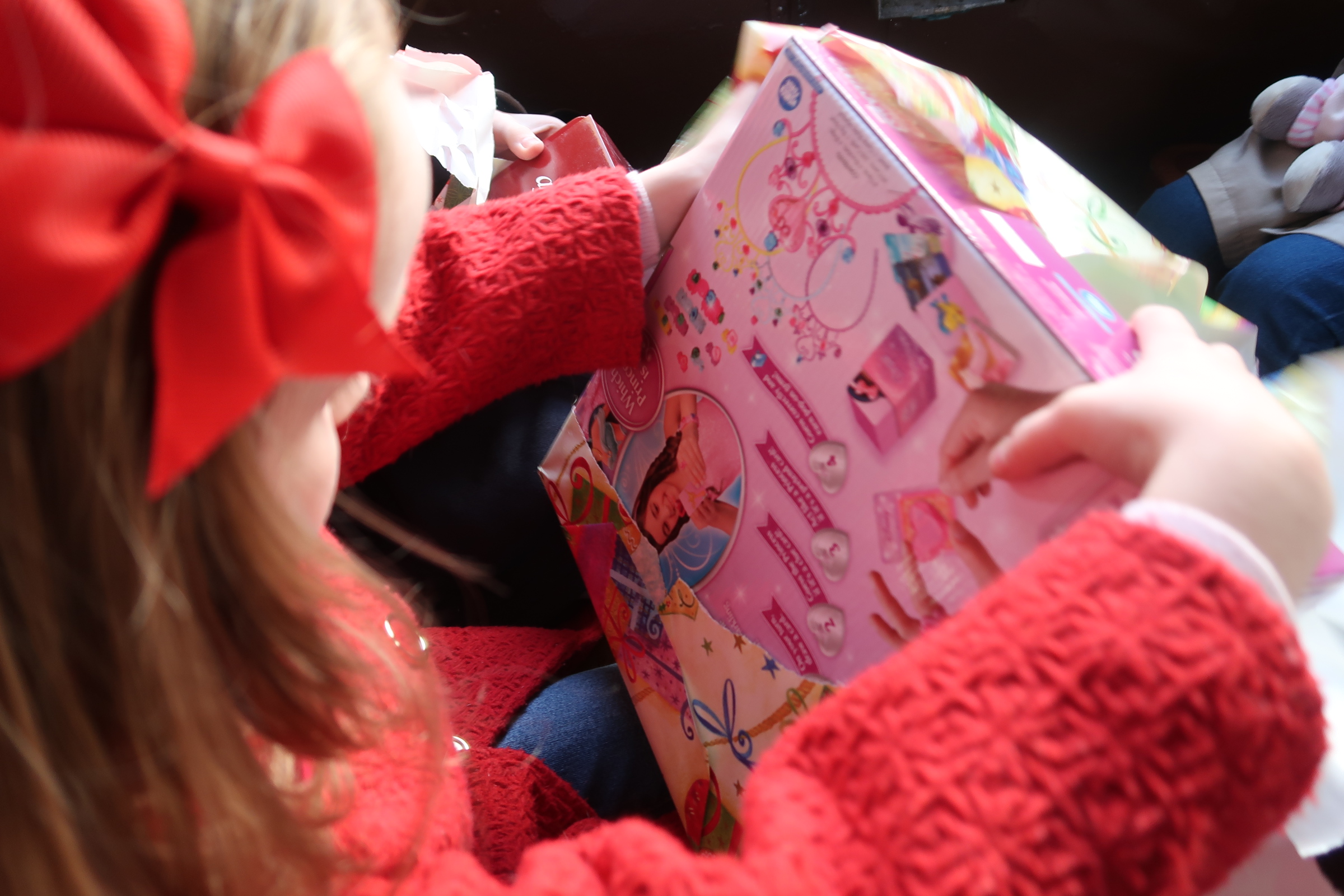 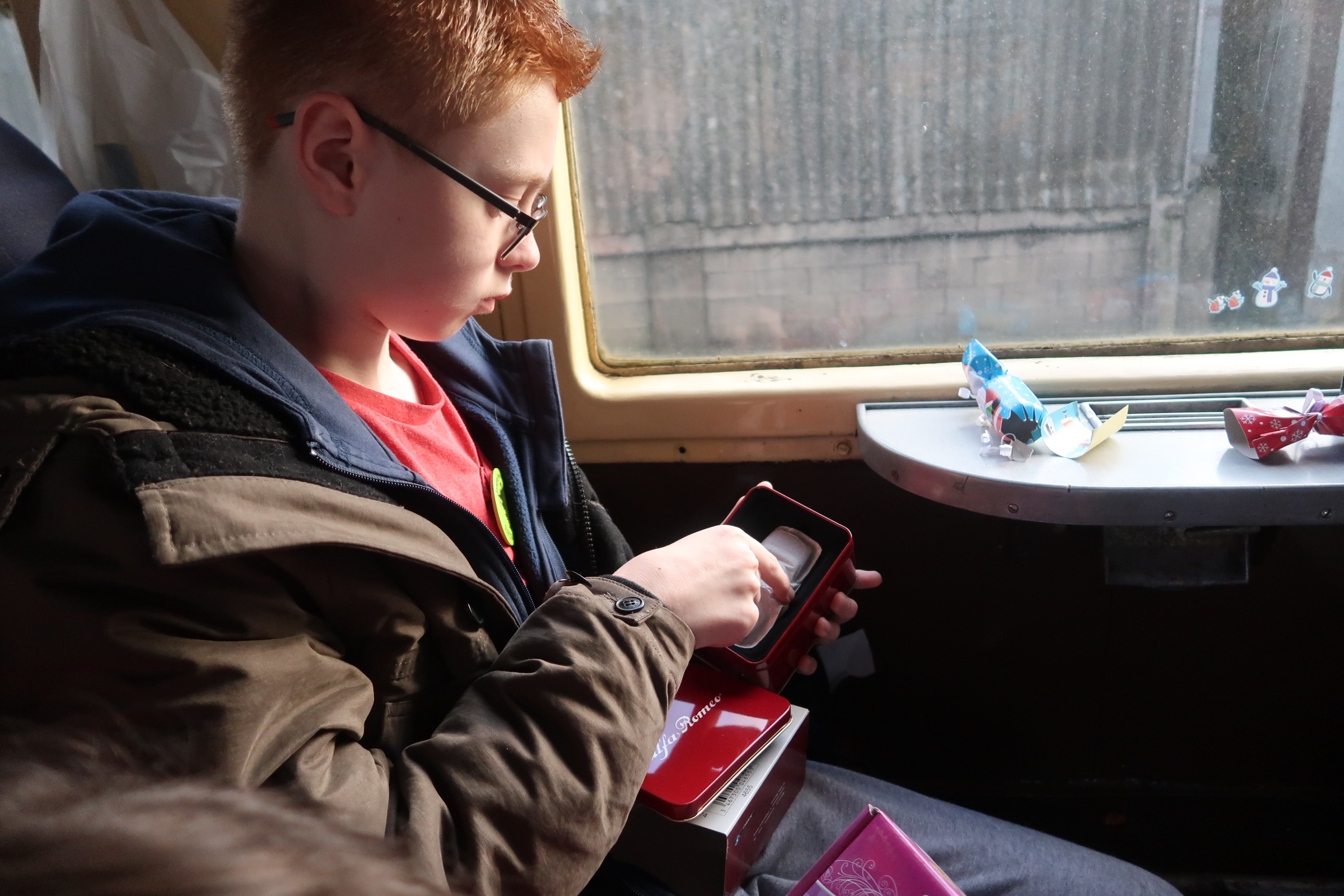 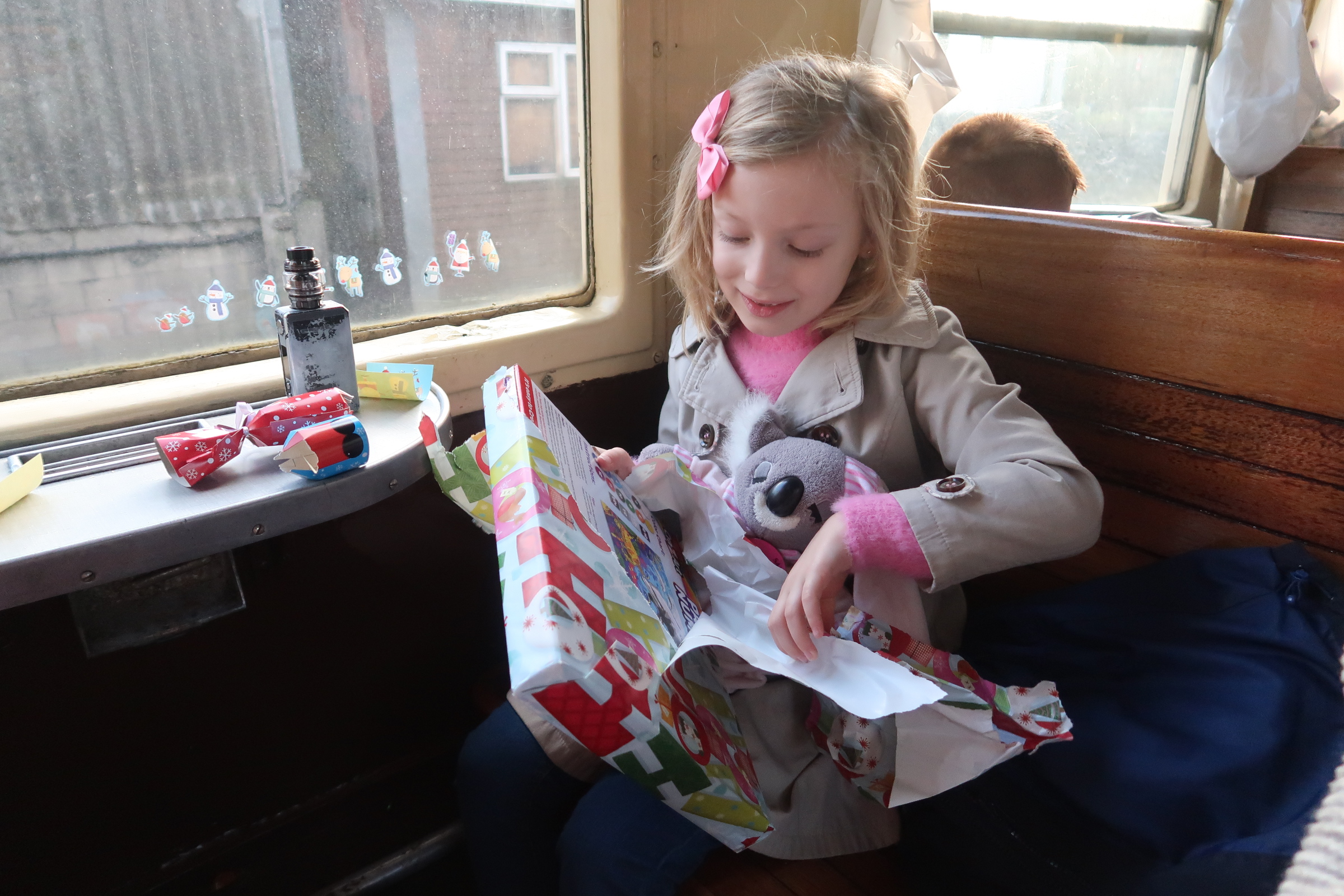 The train attendants came round shortly after and offered the kids a choice of either a carton of Apple or Orange juice and a chocolate Fredo bar. The adults had the choice of either a glass of wine, baileys, beer, tea or coffee and a mince pie which me and David thoroughly enjoyed, minced pies are our favourite.

All in all I’d say the train journey was about an hour with a short break half way through. The break feels really long and the kids did get bored after a little while of waiting, but they need to do this in order for Santa to make his way safely through each carriage to say Hello and to wish everyone a Happy Christmas and the look on the children’s’ face when Santa came was definitely worth the wait. After Santa leaves, the train heads back to the station where you can continue to see all the lovely things in their shop, or view the old trains. They even have a Thomas the Tank Engine there as well. 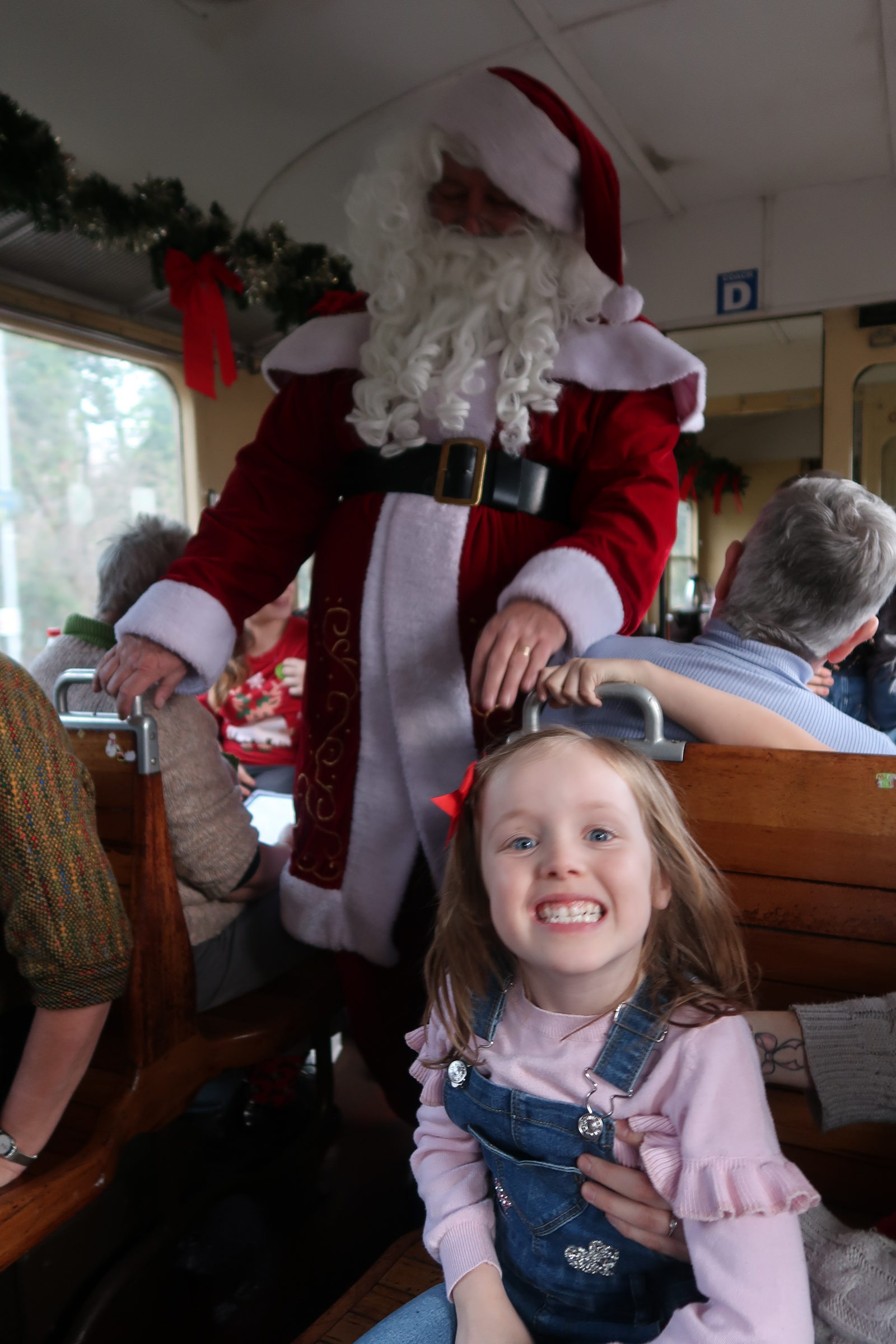 We love going on the Santa express and would definitely recommend you go if you haven’t before. You come away feeling really festive and the kids are so excited by the whole experience.

Tickets will be on sale for The Santa express from April direct from their website. 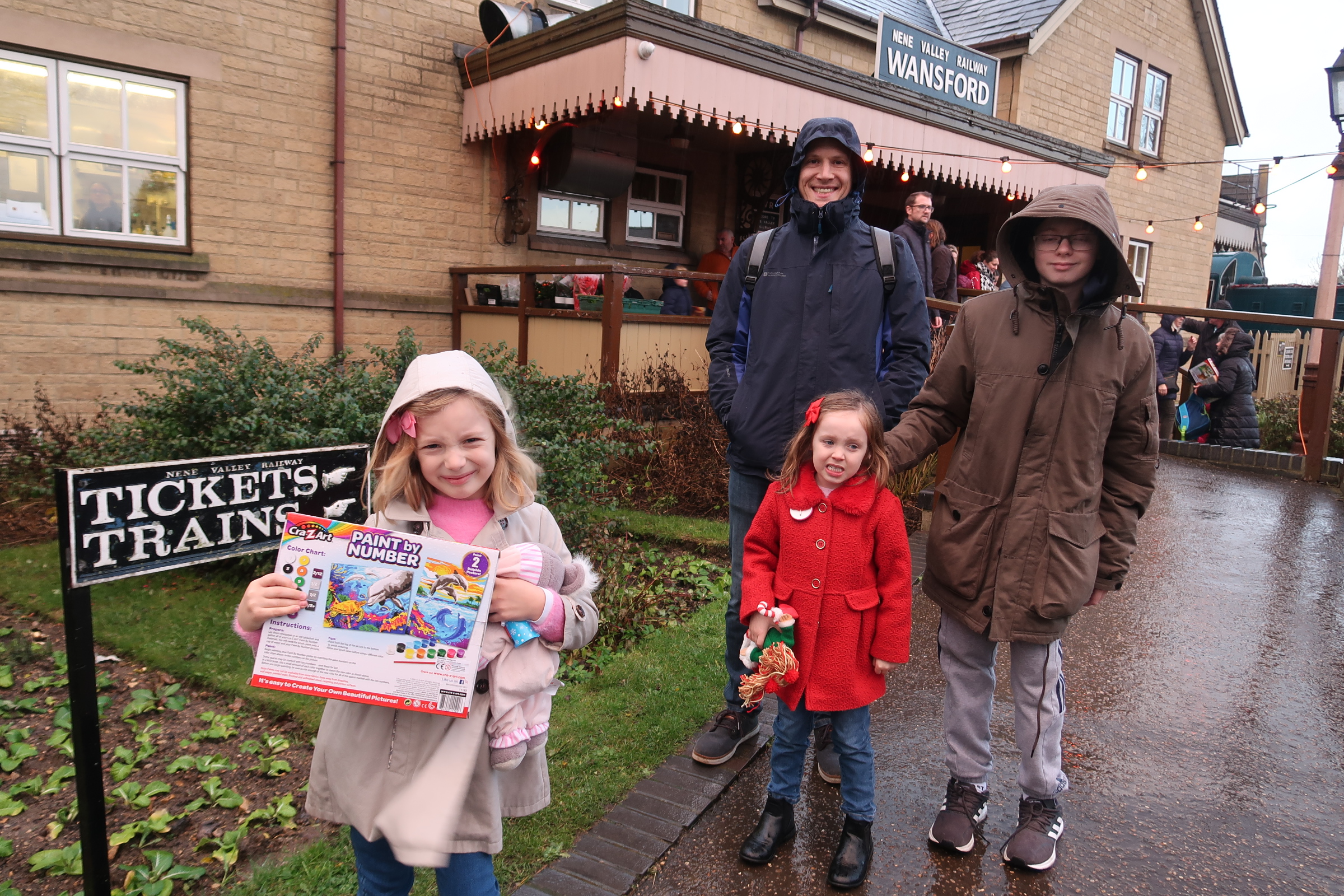 **We paid for our tickets, all opinions are our own**