A few months ago, a friend of mine posted a photo of her Lab on Facebook who had just given birth to a litter of 11 all black puppies. I messaged her to see if there was any left and fortunately for us, she had one left, a boy. I never envisioned myself having a boy and always thought that I would stick to girls. We had been thinking of getting a second dog for a while to keep Rosie company but was always put off by the process of finding another trustworthy breeder. However, as I already knew the person we were buying our pup from it was such an easy decision.

The next two months went by so fast and it was so strange not being able to meet our new puppy before taking him home. With Rosie, we went to see her twice before we took her home but due to Covid-19, this was not going to happen, especially as Bonzo was being brought up in a family home. We had spent the previous weeks preparing for him, buying his bed, puppy pads, toys, and learning about how to introduce a new puppy to another family dog.

Fast forward eight weeks and it was time to take him home. We had been sent regular updates and photos of him during this time, but it just wasn’t the same as being able to meet him beforehand so you can imagine the excitement for all of us was unreal.

David had a very energetic black Labrador growing up called Bonzo and he would tell us little stories about him, so it was a no brainer on the name for us and it really suits him too.

When we went to collect our new puppy, we were greeted by his mum and the kids were in their element seeing all these small, cute adorable puppy dogs running around playing with each other. They sat on the grass and all the pups came to play with them and all you could hear was laughing and cooing from them. Leo sat on the floor and the first puppy to come up to him was a pup with a light grey collar on (our pup). He sat in between Leo’s legs and rested for a short while before he started to play with him.

When we got home, David put Rosie in the garden with a new bone so that we could let Bonzo roam around downstairs and explore his new home and all the smells to go with it. He was so tiny and kept hiding under the table, and understandably the kids couldn’t leave him alone and neither could I, all we wanted to do is cuddle him and play but Bonzo was so tired after his journey, he needed to sleep so we left him to it.

After Bonzo had a little rest and woke up we put Rosie on her lead and took Bonzo into the garden so they could meet each other. Rosie was going nuts and kept trying to put her paw on him to knock him over and play, and was constantly sniffing him and his bum. We didn’t leave them unsupervised together for at least a few days because it took that time for Rosie to calm down and learn to be gentle with him. 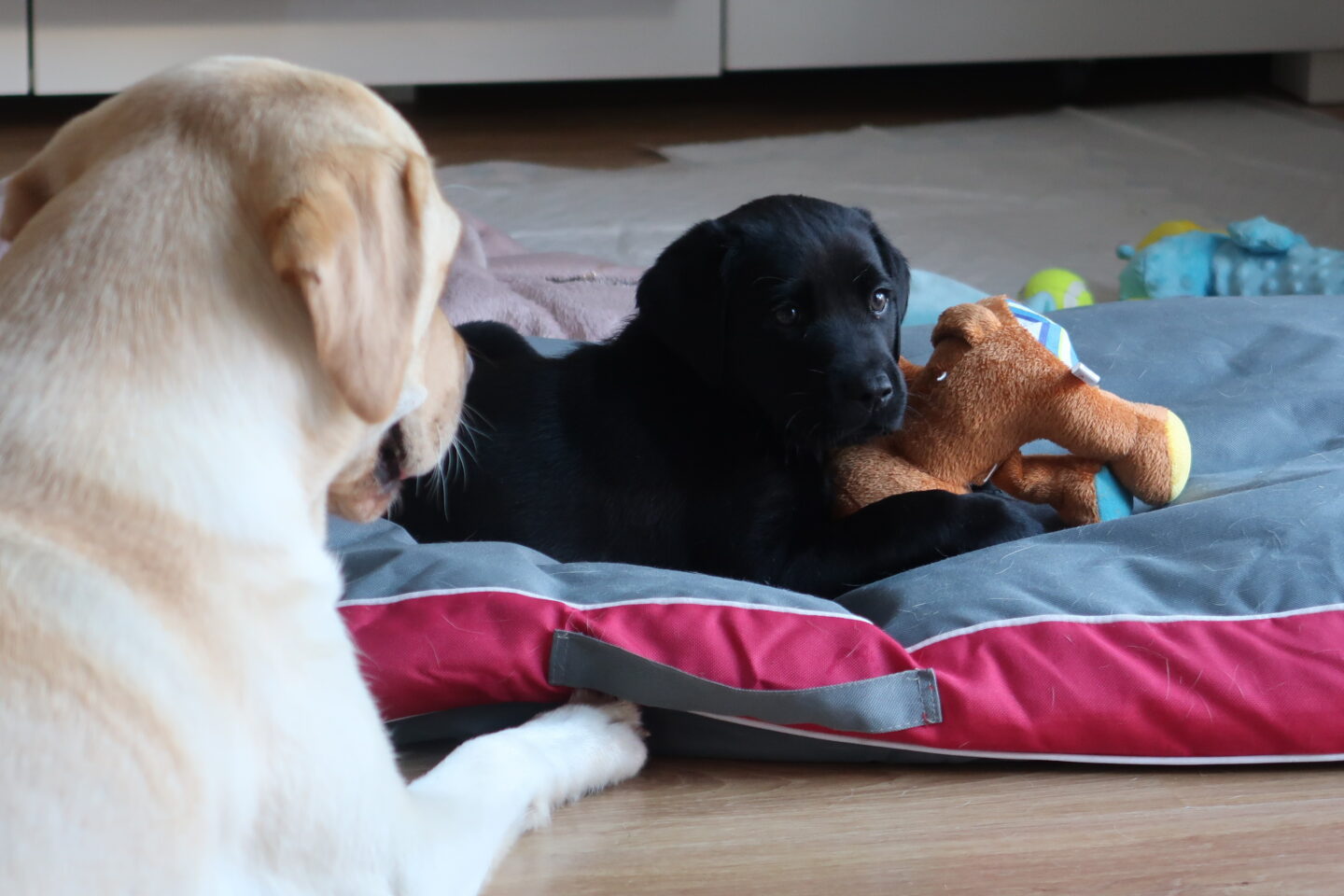 His first night wasn’t half as bad as I thought it would be.

I thought that he was going to be how Rosie was on her first night and cry all night. However, the difference between the two was that Rosie was in a crate at night by herself, where Bonzo was in a puppy pen with Rosie as company. They sleep in the kitchen together but Bonzo is in his pen and Rosie is in her bed next to the pen and that’s only down to giving Bonzo his space to do his toilet on his pads. He woke up at 5.30am crying, which was really impressive for his first night, as he only has a tiny tummy so he was hungry.

Of course, you expect a puppy to have lots of accidents in the house whilst they are little and being trained, so these past two weeks have been eventful with cleaning up after him. We bought a stair gate to close off the hallway and living room so that we could confine Bonzo to one space, which led out to the garden and if we left the back door open, he would take himself outside to do his business on his own. When the door was closed, we had started to recognise signs from him which would indicate he was looking for a place to go. When he got up to have a sniff on the floor he would walk around in a circle and we would know to pick him up and take him outside. He is doing so well with this now and we have not had an accident in the house for a few weeks apart from on the puppy pads in the mornings. 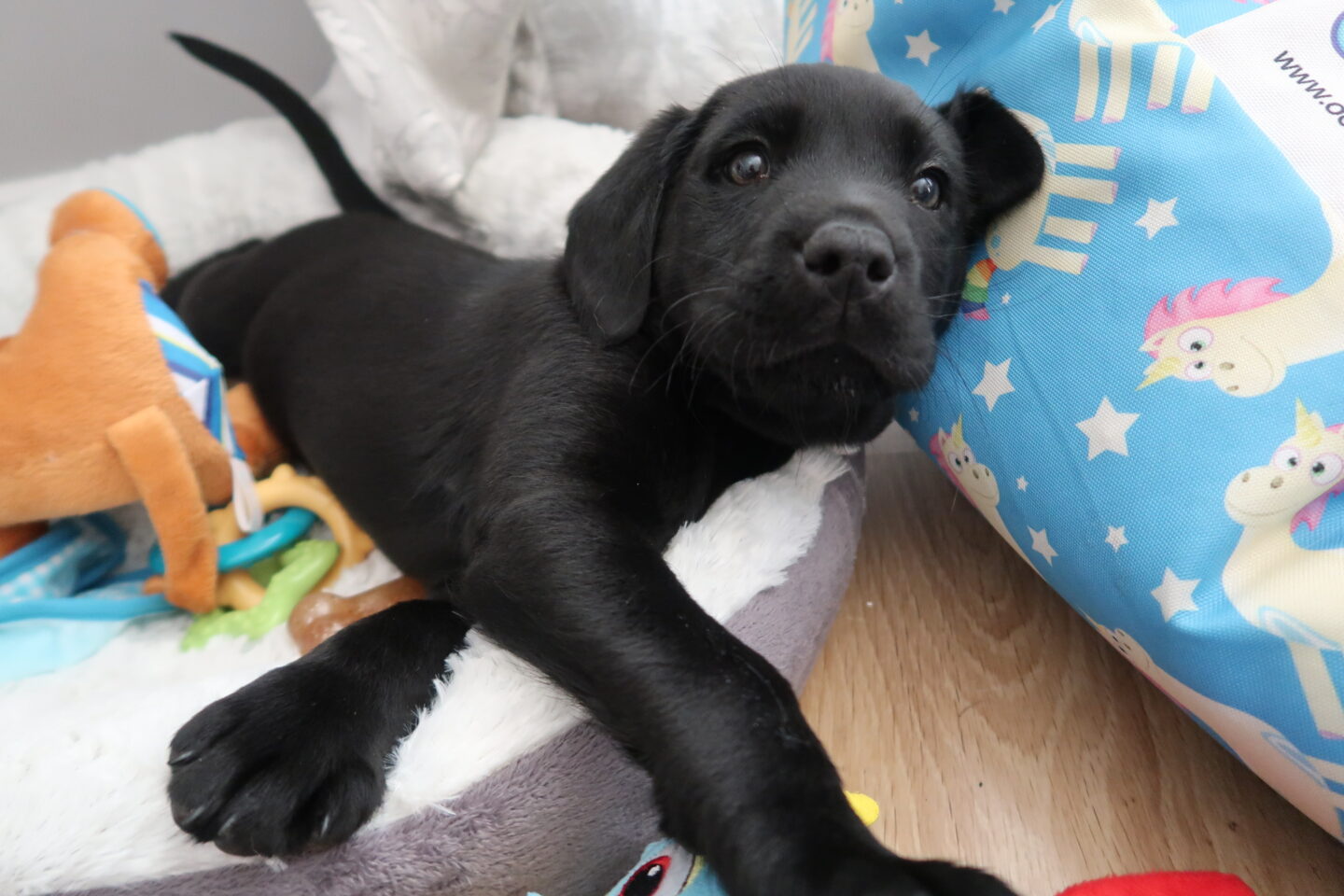 Before we brought him home, Bonzo was being fed a different brand of food and we wanted to change him over to what Rosie ate. After a week we were running out of the brand he was on and found that we couldn’t actually buy it from the shop, as it needed to be ordered online. We had to wean him on to his new food and luckily, weaning him over to Millies Wolfheart was actually quicker than we thought it would be. I called the helpline and got some advice on how to change him over and they were very helpful. After their advice, we had him on 100% Millies in less than 48 hours. He has taken to this brand so well, his poos don’t smell half as bad as they did, which was a relief because I had been worried about transitioning him over due to how Rosie was before changing her food to Millies. 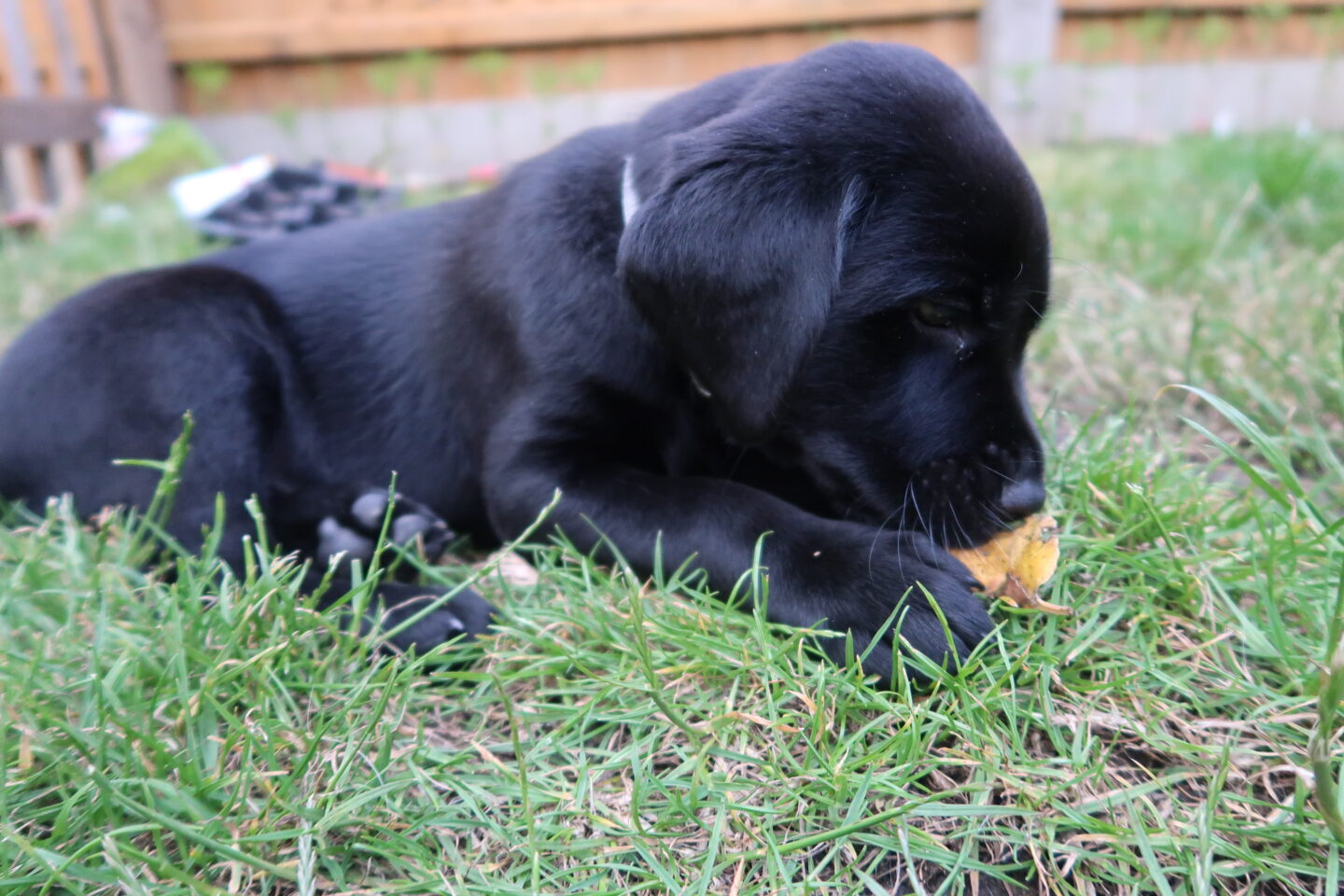 At first, naturally, he was very shy and getting used to his new home and family. It took a few days for Rosie to calm down around him but she has and it is so much better. Bonzo has gone from being shy to a bossyboots. He tried to hump the girls after a few days, which could have been due to a few things but we read online to not react to it. We taught the girls to simply get up and walk away from him and after a few days of this, he has stopped it. He knows when it’s his feeding time, boy does he know it. He loves playing with Rosie and they often chase each other for the toy that either one is playing with. It’s so sweet when they sleep as usually Bonzo will go and tuck himself next to her and cosy up. 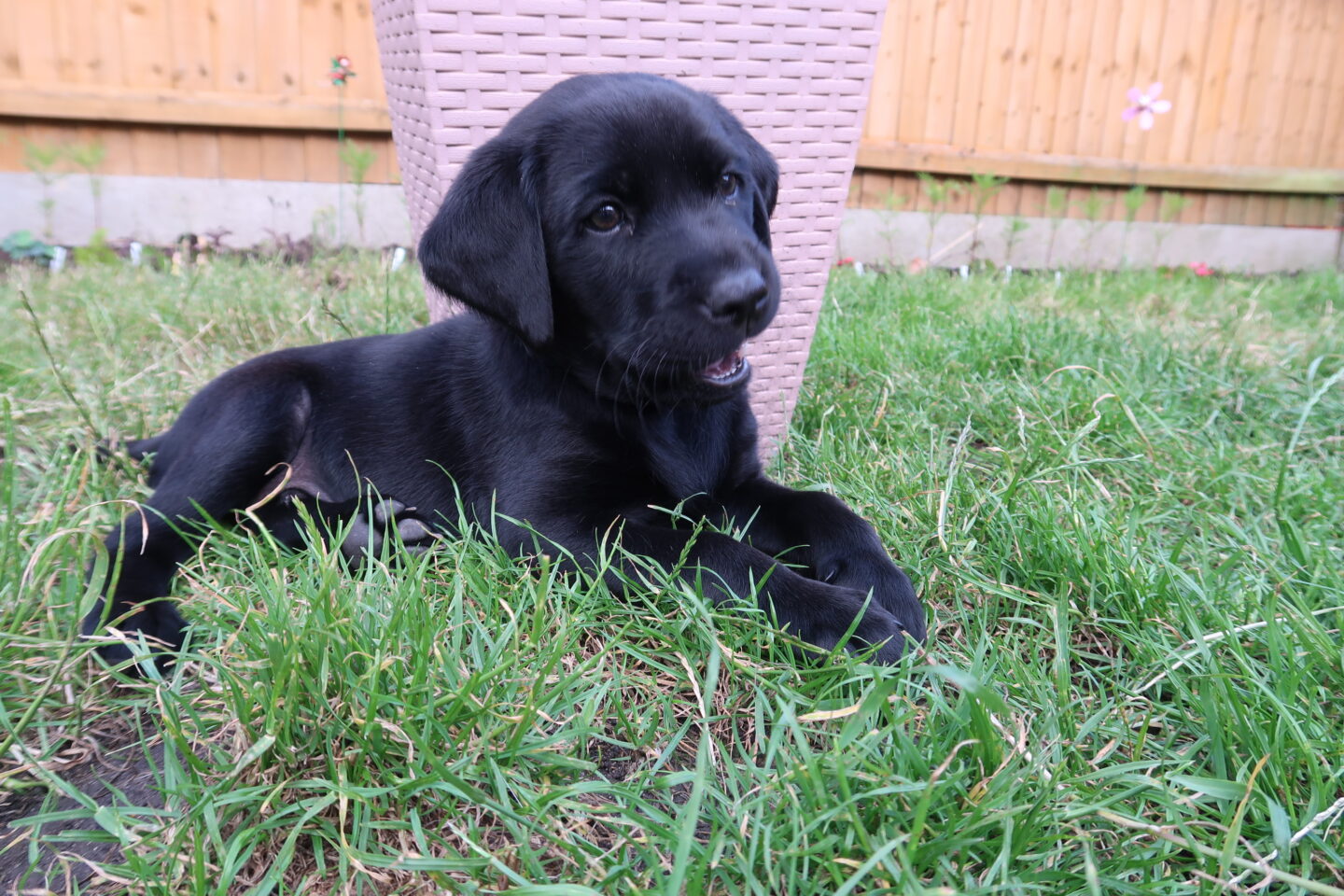 Will update you all soon 🙂