Jo was young in more than years when she got pregnant with Leo. , She loved going out and being around her friends as time went past and the bump grew bigger, She loved the fact she could buy baby stuff and all the gadgets associated with having a baby. The house she shared with Leos dad was soon taken over by just about everything the baby books said she should have. The pregnancy went pretty smoothly until 29 weeks when she came round to mine and told me she was bleeding, Together we went to the hospital to check things out. At the hospital, they were concerned that she could go into labour early and gave her steroid injections to ripen the baby’s lungs. Luckily that didn’t happen and Leo hung on in there until 42 weeks when a sweep started the labour, Joannes labour was funny she was mainly worried about them running out of gas and air, Towards the end of the labour the midwife noted that joannes heart rate was rising rapidly and Leos was dropping just as dramatically. She pressed the bell and nurses and doctors came running, Jo was told she had to deliver and they gave her five minutes. Watching her push Leo out into the world hearing the machines alarms going off, again and again, As Leo was born l looked down (Jo didn’t know at this point what she was having) and I watched Leo take his very first breath. taking him from a deep purple to a lovely pink colour, Leo was checked over and handed to Joanne for her first ever cuddle with the baby that made her a mummy.

Unfortunately, because Joannes blood passed through to Leo when she had the bleed they were unable to leave the hospital for almost two weeks. Finally, they got to take Leo home and begin being a family. Joannes sister also had a baby 9 days after Jo had Leo. Over the next few months, everything was fine until Joanne began to notice that Leo wasn’t doing the things his cousin Ellie could do, When you picked Leo up he didn’t mould around you but stayed rigid. Jo mentioned this to the health visitor but was told time and again nothing was wrong and babies develop at different speeds. This went on until Leo was 14 months old and her GP finally listened and sent us off to the child development unit to get him checked out. We spent almost the whole day there with Leo having test after test after test. Around 3 pm the doctor called us into his room and announced that the next step would be a whole team meeting where Leos Physio Speech Therapist GP Health visitor and the Social worker would be invited to attend. Joanne responded with ‘Leo doesn’t have a social worker’ to which the doctor responded with ‘it’s not unusual for a child with Cerebral Palsy to have a Social worker. Joanne looked straight at the doctor and said ‘ He doesn’t have Cerebral Palsy’ and the doctor replied ‘Oh yes he does’. That’s how Leo was diagnosed! He couldn’t answer any of the questions that immediately came out. The only advice he gave was ‘Don’t look on the internet it will scare you’

I went with Joanne to her house after the hospital visit and of course the first thing we did was go online and googled Cerebral Palsy and the doctor was right it did scare us. Joanne was in bits. We called her health visitor and she promised to get all the information she could and would come over the next morning. With that l left Jo and Leos dad to digest the news they had been given.

That night all l can remember is crying my eyes out. The lack of knowledge about Cerebral Palsy just made the whole thing scarier. One thing l was so certain was unfair was that out of all my children Joanne was the least able to deal with raising a child with special needs. She just didn’t have the forceful personality l knew she would need. She would never call out a professional if she thought they were wrong or ill-informed (or so l thought),

Over the next few years I saw my daughter mature gain confidence and fight for her son like the lioness she is now, She made doctors repeat themselves until she understood why they were doing what they were doing to Leo. She questioned everything and took nothing at face value. As Leo grew bigger and the relationship with Leos dad ended she did more and more for Leo who at the age of four was still unable to walk and had to be carried everywhere – Joanne weighed 8 stone soaking wet and Leo was by no means a small child, I saw her in tears with frustration and pain, Lugging a four-year-old up and down stairs and in and out of baths and cars was not easy for her. Inside Leo could get around by high knee crawling but outside of the house had no mobility at all until he got a mini zimmer frame which he had a few months before it fell apart and was taken off him, The next frame he was given was huge and he couldn’t use it as easily.

This was Joannes life and she couldn’t ever see it getting any better she was terrified of the day that Leo would just be too heavy for her and continued to carry him even when she really shouldn’t have done. The one day she opened the computer to a message she knew would change both their lives forever. 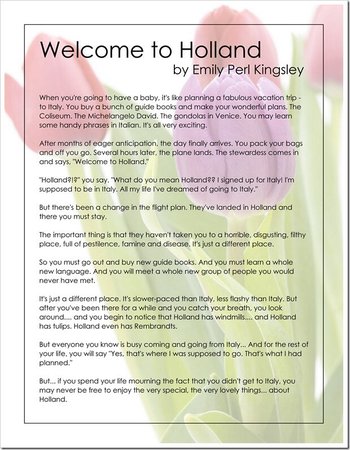