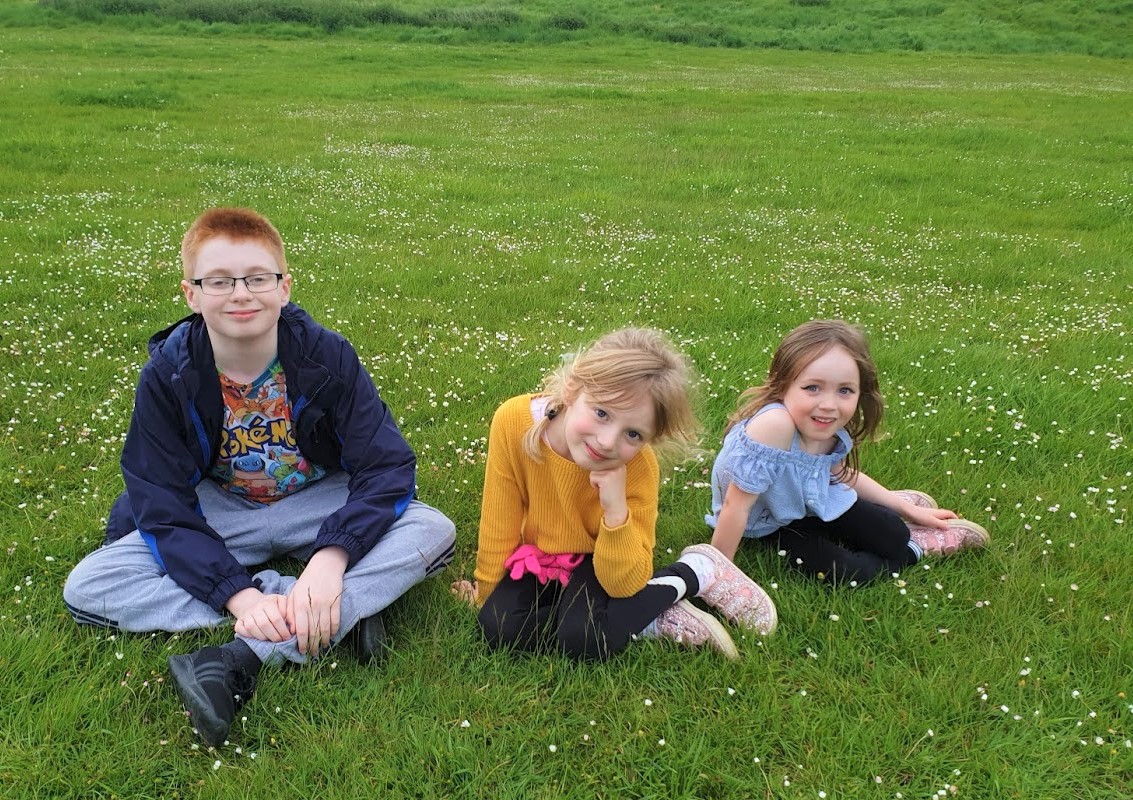 I suffer badly with Health Hypochondria and earlier this year I decided I didn’t want to take my sertraline tablets anymore because they were making me so hot and uncomfortable amongst other side effects, so instead of weaning my self off them I just stopped. The withdrawal was awful, I felt sick, dizzy, had mouth ulcers, spaced out, tired, it felt like I was floating or the room was spinning. I said to my family and friends I wonder if this is similar to what an addict feels like as I knew all I needed to do for it to stop was to take my tablets.

I went to the doctors because I thought I was dying and understandably got told off for just stopping my medication. They wanted to take a blood sample to make sure nothing else was going on which then got my anxiety levels up even more. I had the blood test the next morning and I was so scared for the results I was calling every two hours to see if they were back yet. I explained to the lady on the phone about my health anxiety and she was very understanding and asked me to call back after 3 pm. I called back to be told they had come back slightly abnormal and she couldn’t tell me any more so she had asked the doctor to call me back within the hour to explain. In between that short space of time I had literally made my self sick from panicking and was pacing up and down like a mad man.

The Doctor had explained that my white blood cells were a little lower than the normal range because of how I had stopped my medication and that I should re-test in six weeks to make sure they are all back to normal.

Well, nine maybe ten weeks later I had finally plucked up the courage to re-book my test in. I was so scared that there was something seriously wrong with me that I didn’t even want to go and find out.

I plucked up the courage to go and have it redone on Monday and they came back normal- Phew.

-Walked to school instead of driving.

I am so lazy that I drive to school, which is pointless because it actually takes longer to get the girls strapped in the car then it does drive to the school. We live less than two minutes away in the car and about a 10-15 minute walk depending on how slow they want to be, so this week I decided I would get ready a little quicker, leave a little earlier and I managed to walk with them most mornings.  We all loved the fresh air and I worked out that from my house to school and back is just over four thousand steps.

-Walked to the Gym -Big one for me.

The next day I walked to school and back again and then decided I would take a big step and walk the short journey to the gym ( when I say short I mean literally ten minutes if that). If you don’t know why this was such a big step for me then you can read why here. It was the first time in three years that I had stepped outside of my comfort zone with no dog with me completely on my own. I was armed with my alarm, my anxiety was high and my heart was beating super fast… but I DID IT.

The ironic thing about this one is that I was actually wearing my Syndey backpack from Mia Tui at the time. My friend Shannon came round at 2.30pm ready for a slow walk to school. I picked up my phone and put it in my back pocket and we walked to school, when I got home I realised it had gone and I couldn’t even phone it to see if it was in the house as both my mum and Leo had no credit and I had thrown away our house phone a few weeks before. Shannon tried calling it but it was off (battery was low anyway so must have died). We retraced our steps back to school. I felt strongly that it wouldn’t be found but I was due some good Karma so remained optimistic. Unfortunately, it was definitely gone but as a silver lining, it is insured and I had hit 13k steps by 4 pm which never blooming happens.

Thanks to my little sister I have also recovered all of my photos from the phone on my google drive. Thanks, Jay

-Had my eyes tested, finally.

Again, another one that I had been putting off for a long long time because I thought I had something seriously wrong going on inside my eyes.  My mum, sister and friend had all given me a pep talk the weekend before when we were at soft play which got me off my arse to get these things checked out and ticked off.

I do have a pair of glasses which were prescribed to me about five years ago for watching TV, driving and computer work. I very rarely wore these because; 1. I just kept forgetting I had them, 2. I went for style over comfort and the small frames kept pissing me off and 3. I didn’t really NEED to wear them as they were just a little aid for when I got tired.

This last year I have noticed my left eye getting worse, not bad, but enough for me to notice that when I am watching TV I am finding my self rubbing my eyes to try and clear them if that makes sense. The font on the laptop isn’t as sharp to see in my left eye as it is in my right eye.

So I booked myself an eye test, went along to the appointment where they recommended glasses. My prescription is nothing compared to most peoples but enough to annoy me, so this time I chose bigger frames as well as some prescription sunglasses.  I do feel ripped off though because I didn’t necessarily need to wear them and it had just cost me £99… But it is another thing checked off my list.

Leo, Lydia and Emily all attend weekly swimming lessons and are all progressing well. Emily is like a little pocket rocket the way she kicks her legs to swim. Lydia is doing really well and is becoming more confident going under water. Leo is doing amazing with his lessons considering a year ago he would have freaked out if water had so much of touched his face.  The girls have their lessons together and Leo does a disability class on a different day so, whilst the girls are doing theirs, David and I are in the main pool helping Leo with therapy. 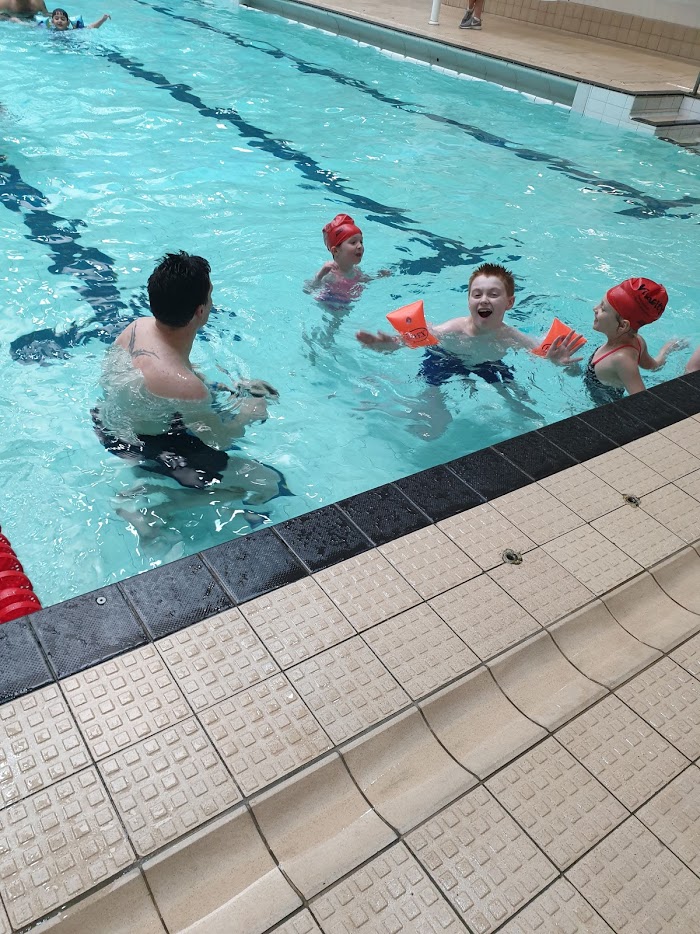 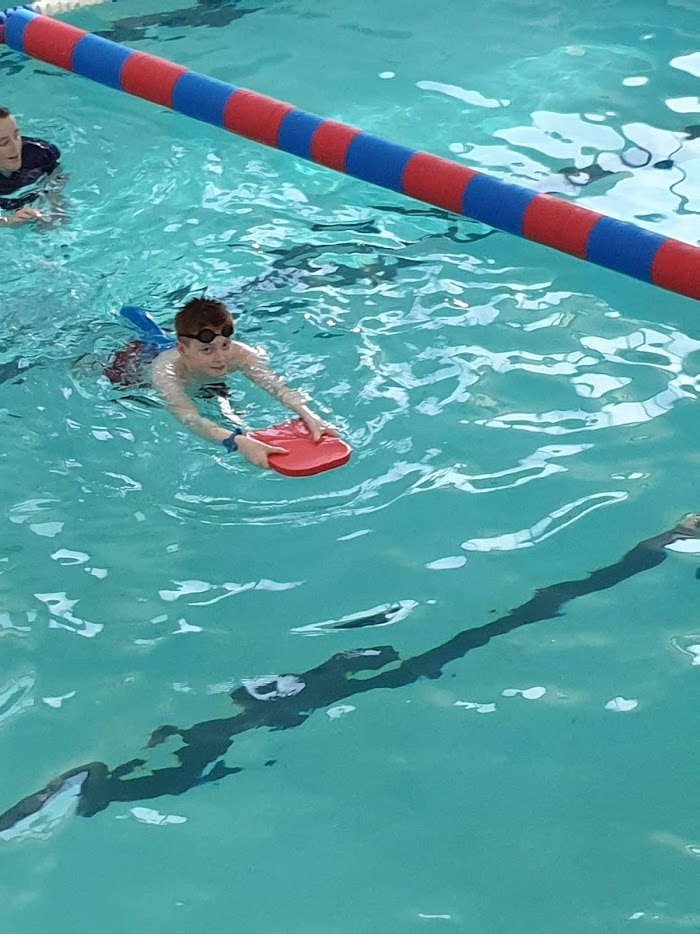 Leo started a Disability football club back in January and looks forward to going weekly. It’s run by our local football club and this particular group is just for kids with additional needs. His grandad (Farthy) comes to watch him every week and Leo loves seeing him there supporting him. His confidence with football has definitely improved since joining and he has made some new friends and reunited with an old friend who he has known since they were both toddlers. They went primary school together and then separated at secondary to be reunited at football. 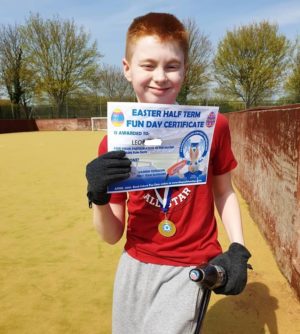 Ballet is my chilled forty-five minutes. Emily started this class back in March and really looks forward to going. Her favourite film is Ballerina and she aspires to be like Felicie from the film who works hard and achieves her dreams. I brought her some Ballet bars of our local facebook selling page and she is always practising on them. 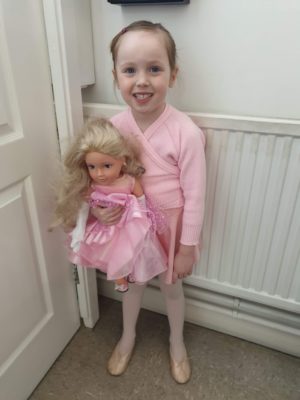 This week at Majorettes the girls had their inter-troupe competition which is a fun laid back competition where the girls get to choose a piece of equipment and show off for 30 seconds in front of three judges. The little majorettes got paired up with the big majorettes for the second half and they got to perform a routine that they had made up themselves. They all had a good time and Lydia won 2nd place for her solo. 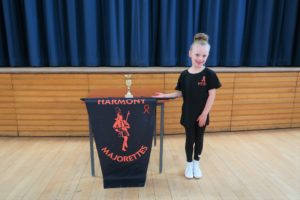 Emily has started to read us bedtime stories most nights now. I love how much she enjoying reading now and how hard she is trying with blending the sounds together and trying different books. Lydia has been begging me for the ‘Snail and the Whale’ book this week so we surprised her with it after school on Friday and she hasn’t put it down since.