We are complete newbies when is comes to Playmobil, I have never brought or owned one in my life and neither have the kids up until now. So I can tell you first hand what I thought of it. 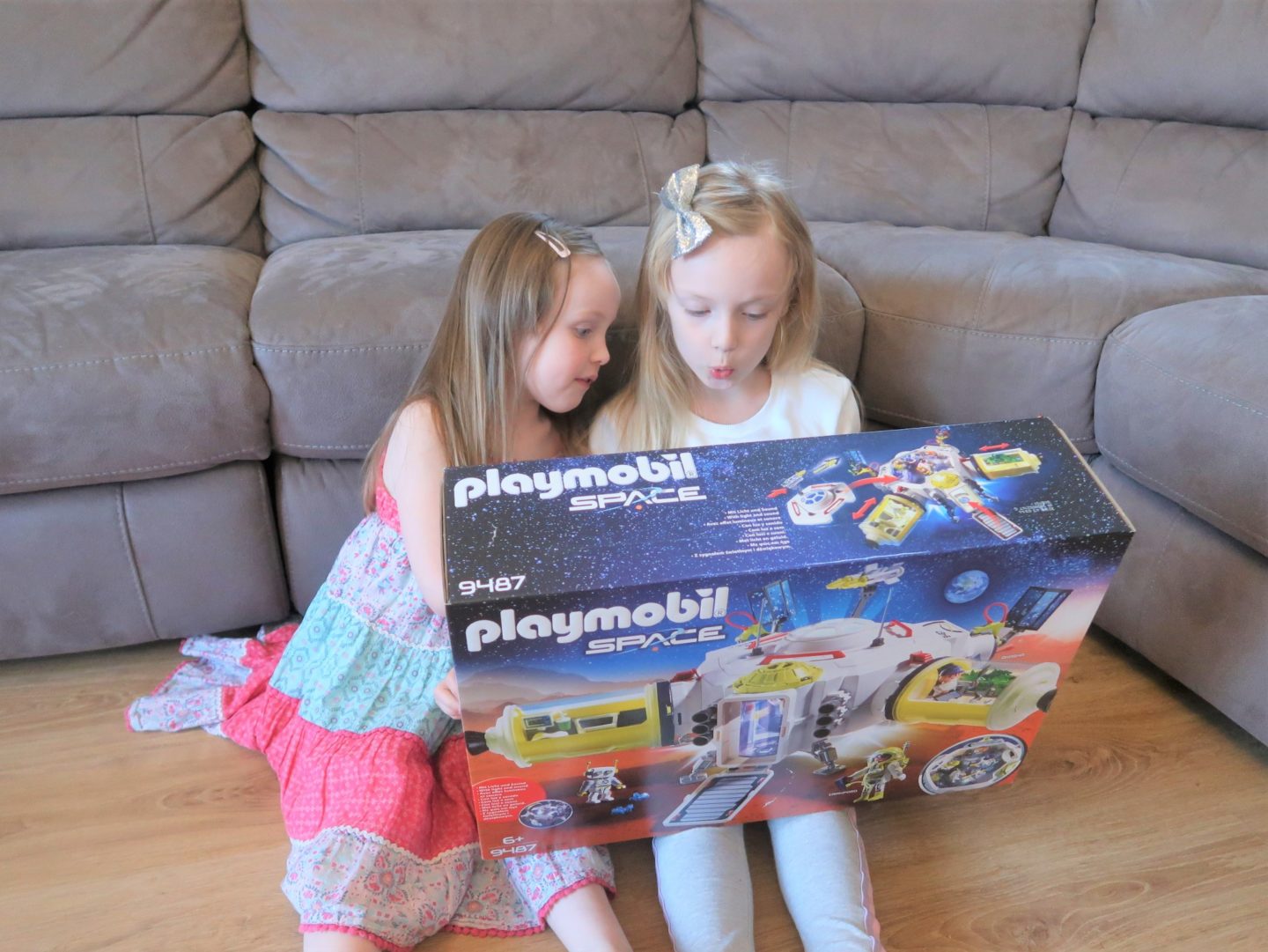 Playmobil have just released a brand new Space range and we were lucky enough to be sent the Mars space station to play with and review. Lydia who is six years old loves learning about Earth and space and I knew she would love this set when it arrived and I was right. 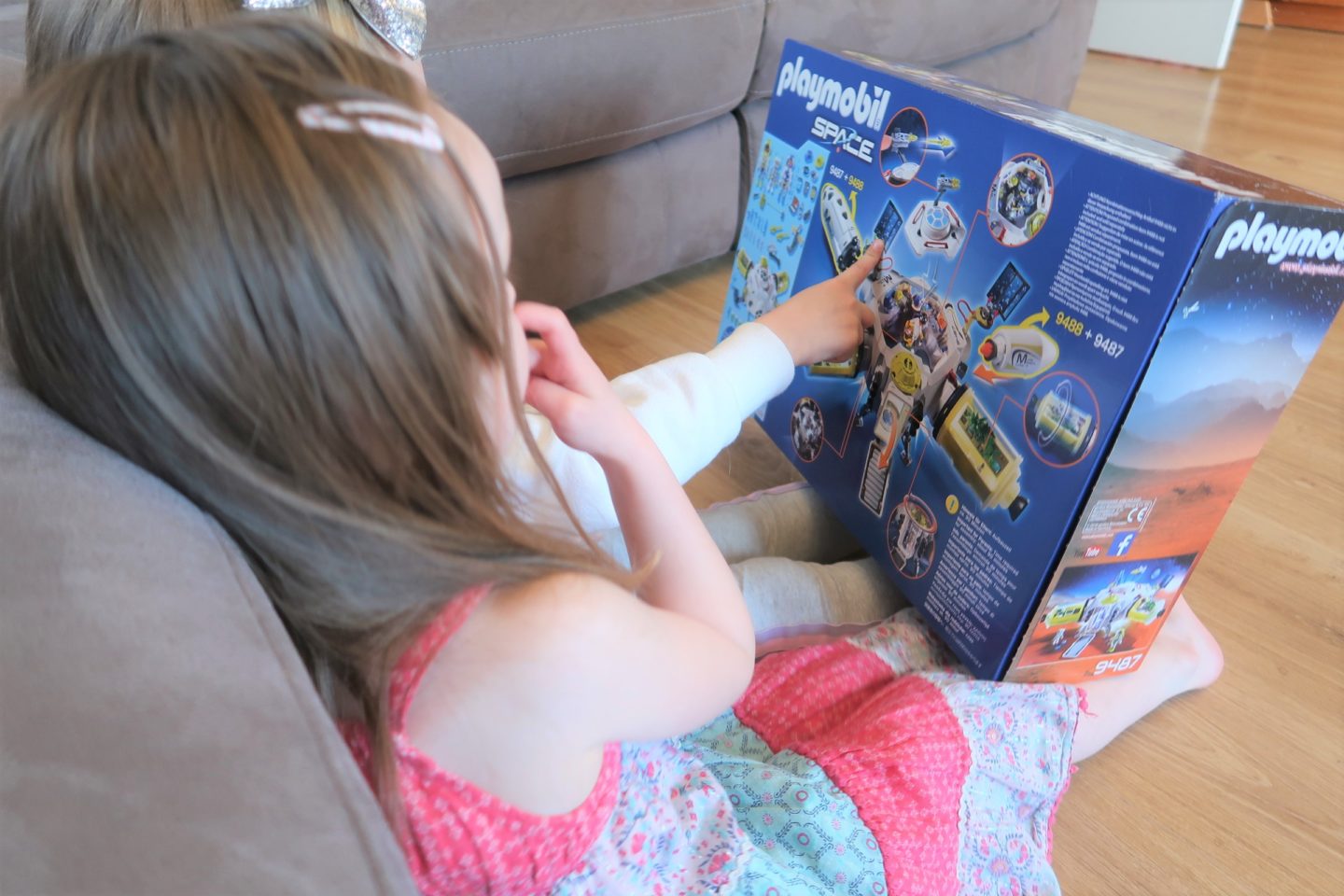 Once you have opened the box you will see that there are quite a few sealed bags inside with different parts needed to build the model. The contents inside the bags are not in building order, so after Emily opened them all I sorted them into colours, ready for David to to start building. 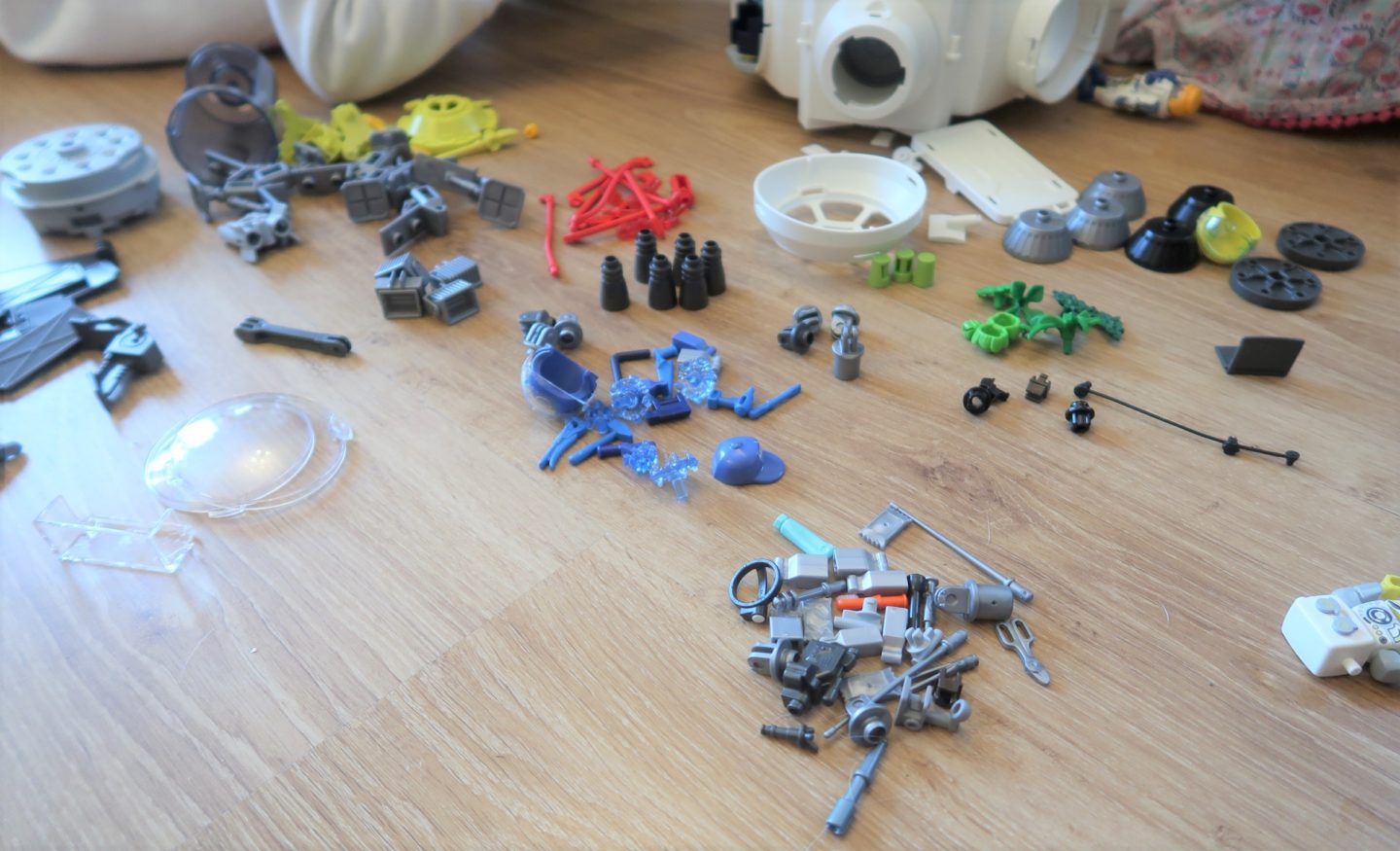 The Mars space station was a little bit fiddly with the smaller parts (for big hands) but otherwise it was straight forward to put together, the instruction manual was easy to read and overall it took David just under two hours to build, which included applying all of the stickers. Stickers are easy to apply, but care should be taken when following the instructions as they are only listed by number. 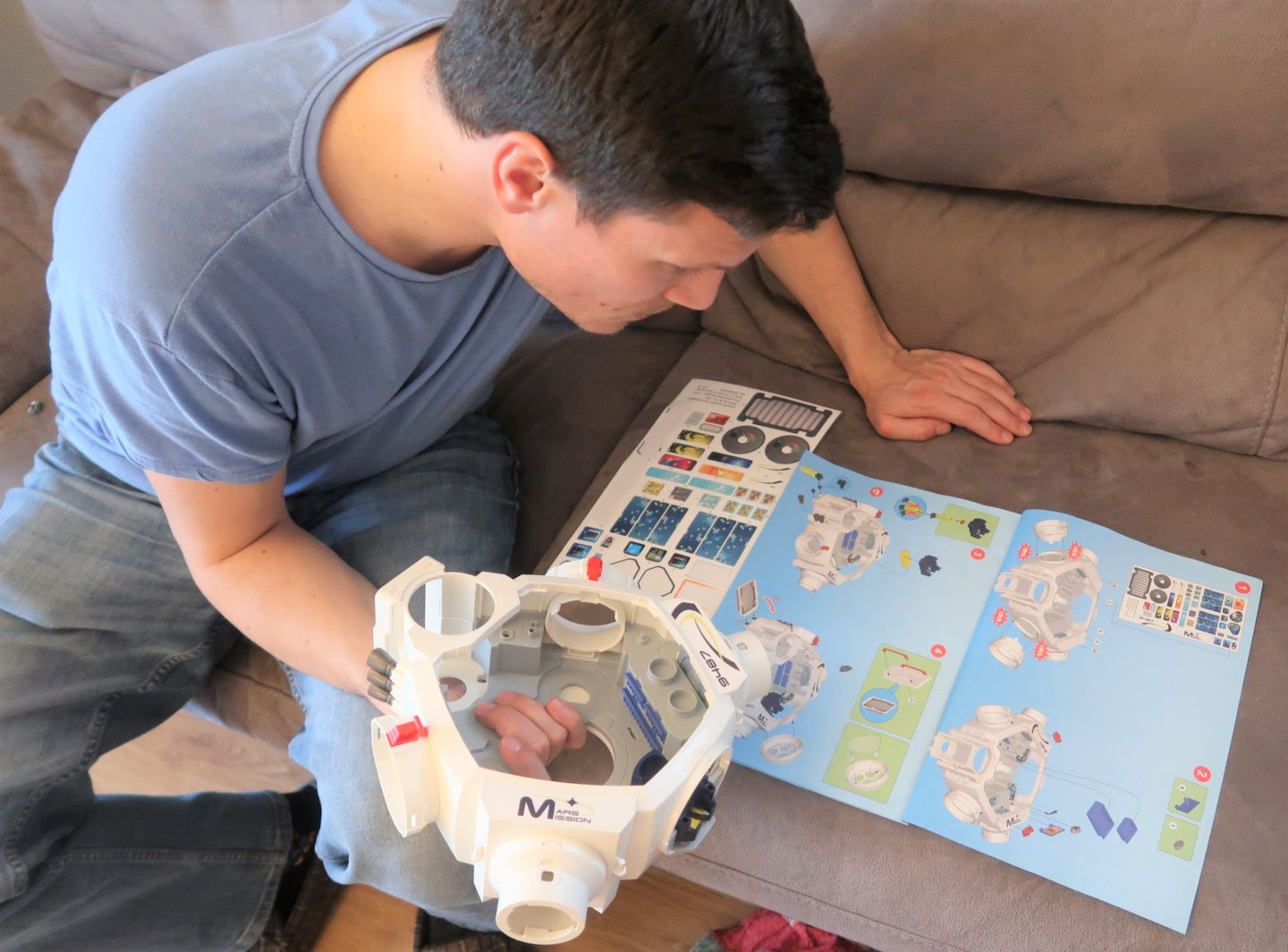 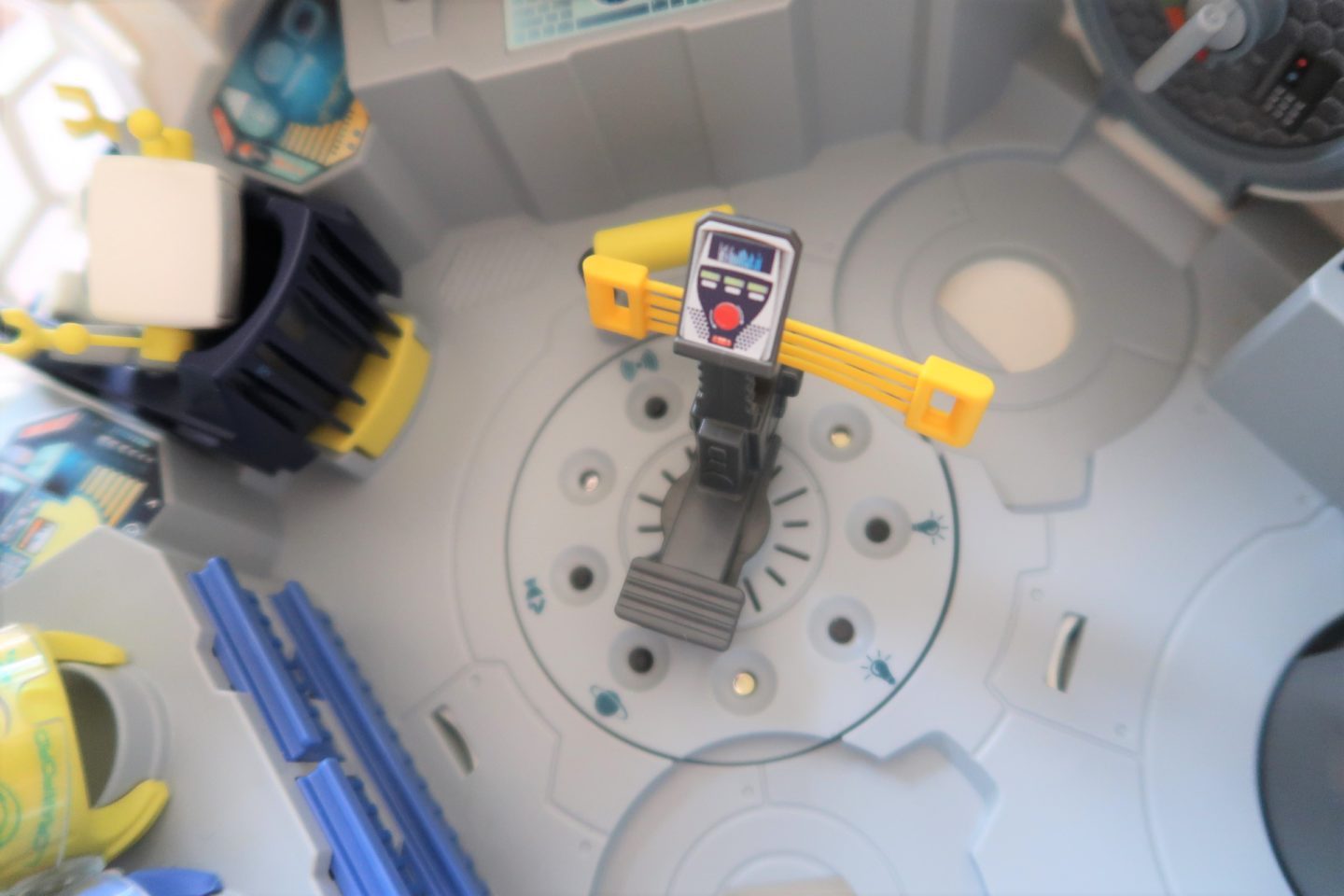 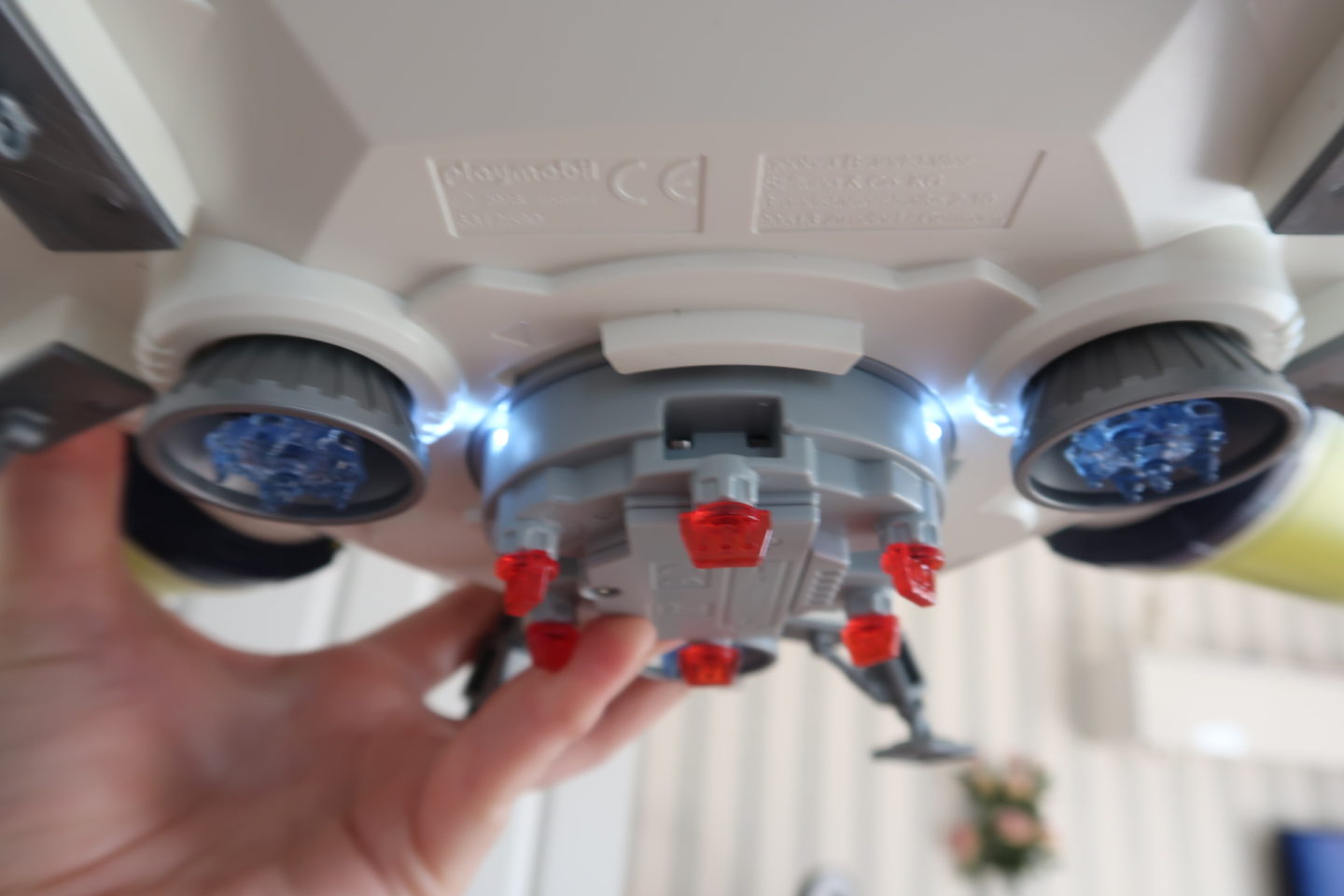 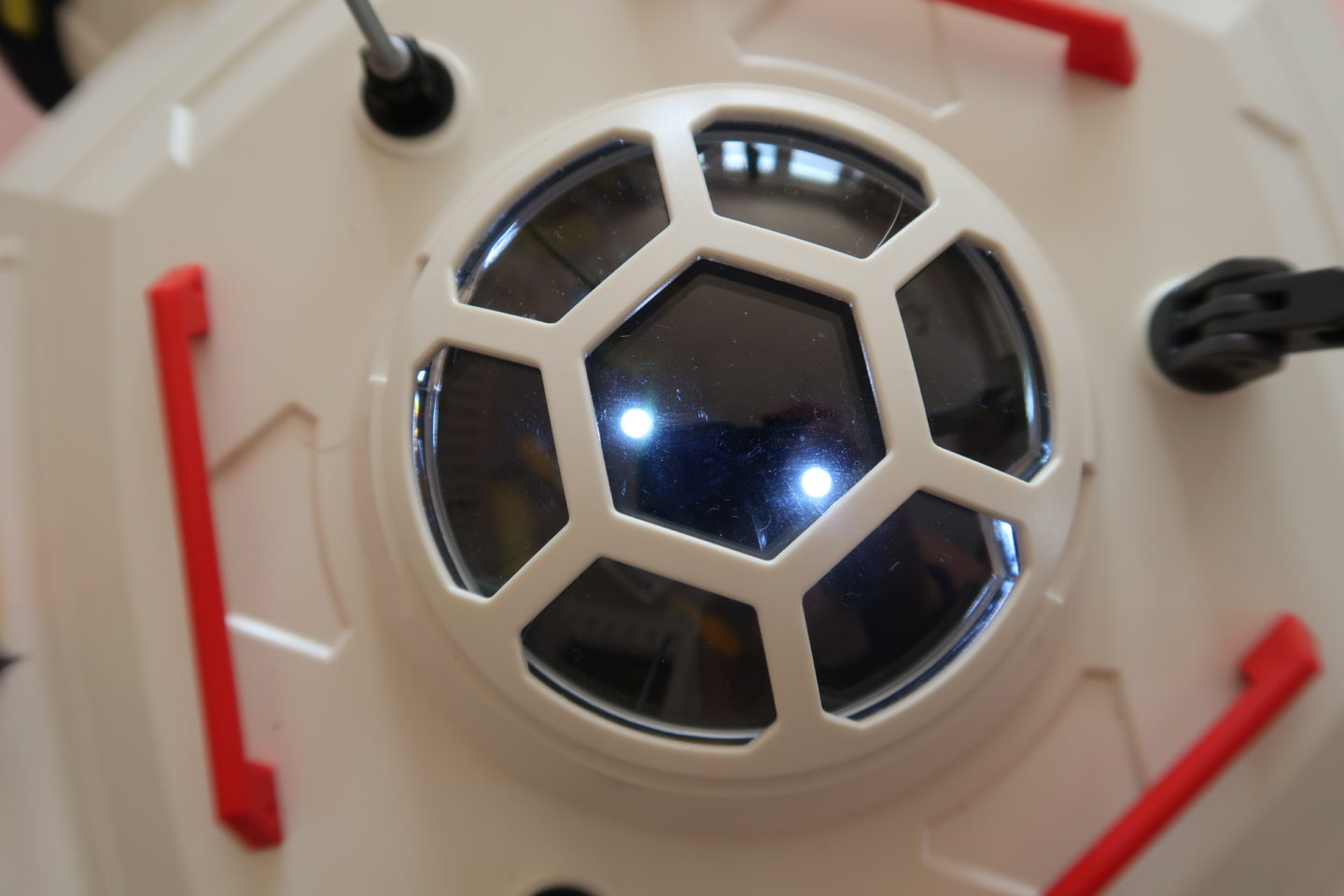 On the top of the space station theres a functioning double missile shooter, which you can easily launch by pressing the eject button. They shoot a good distance and are easy to reload. You can remove the top easily to play inside or you can use the door to the space station which is on the side. What I love about this is that it has an revolving door which mimics an air lock to the station that you can turn open and closed. 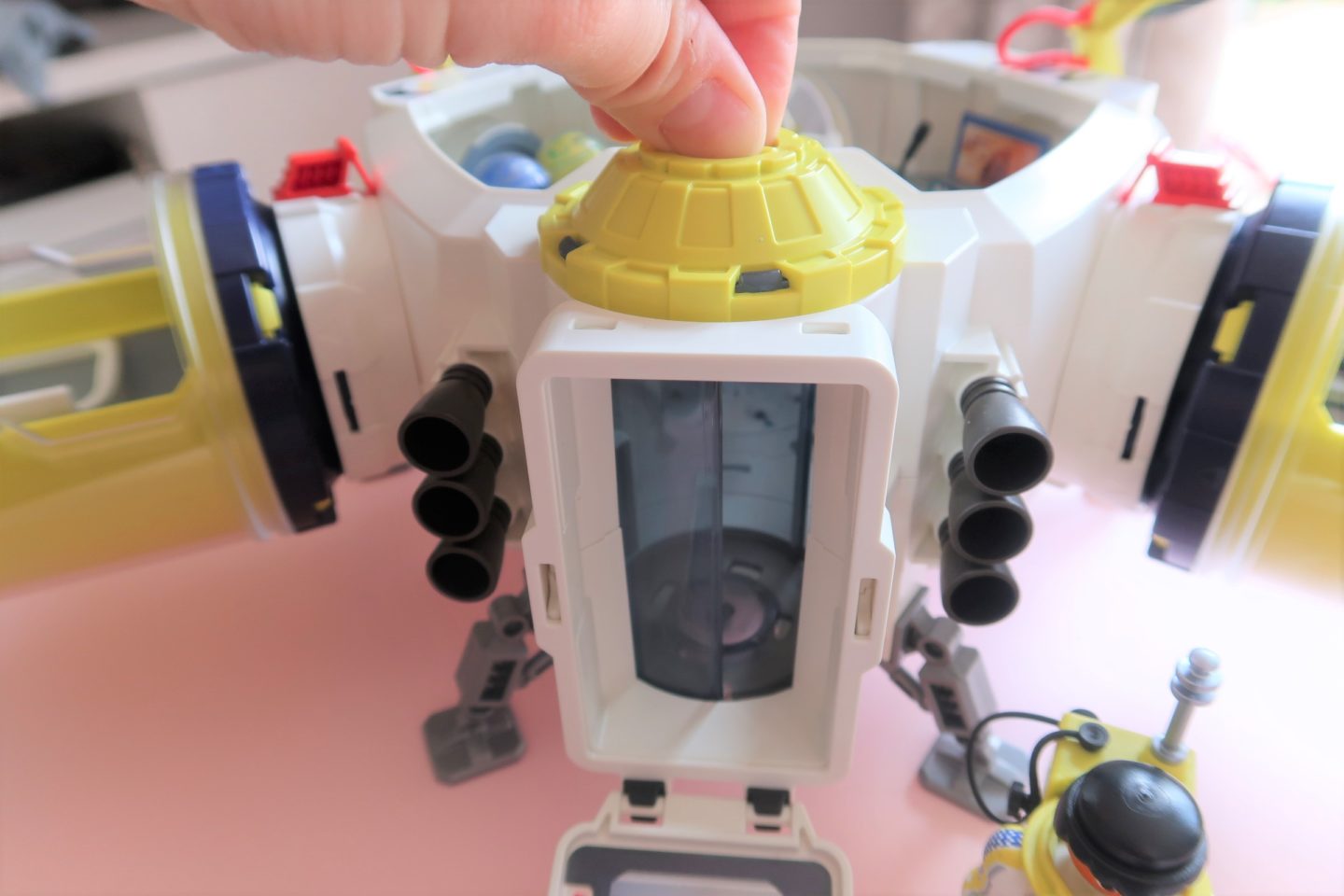 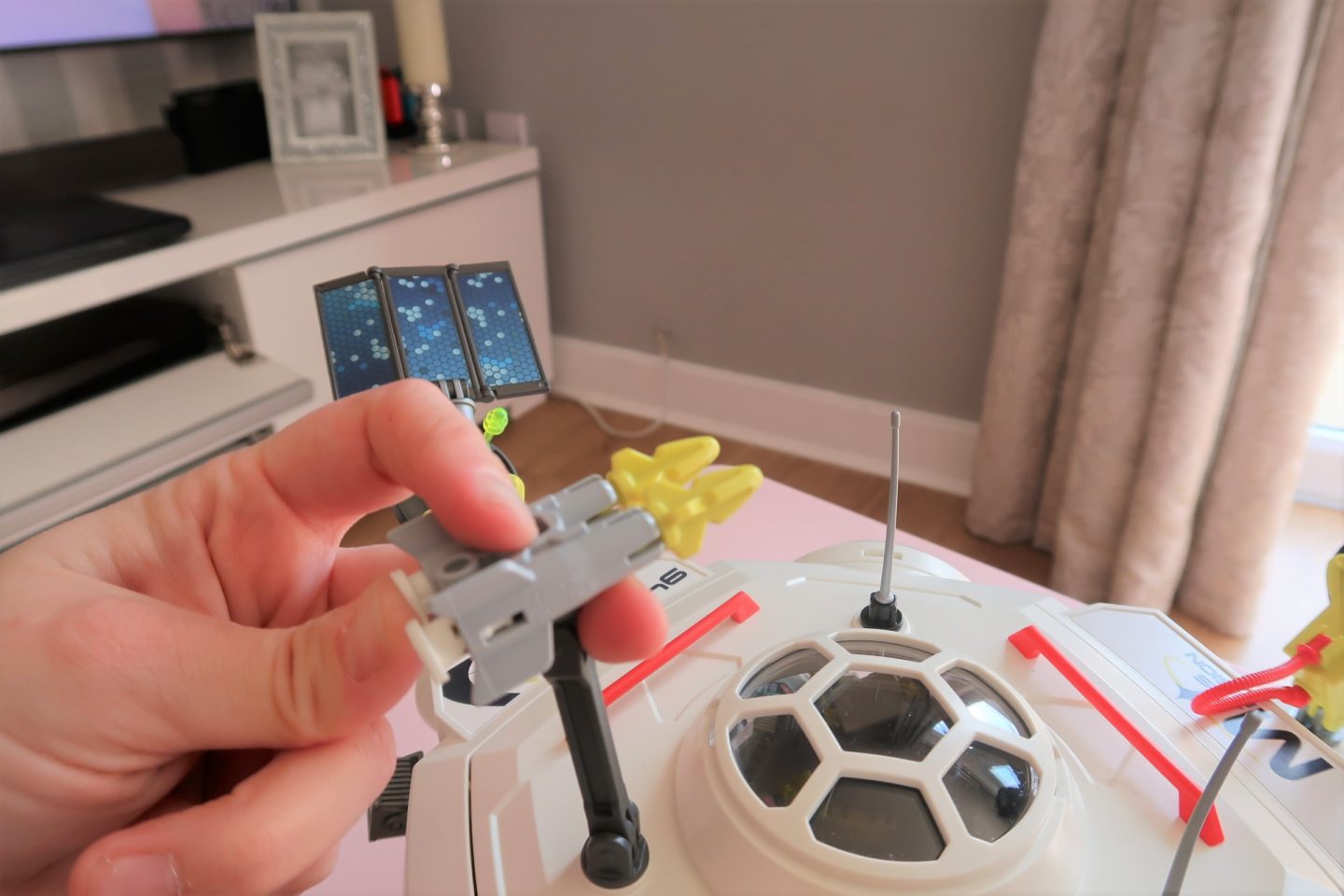 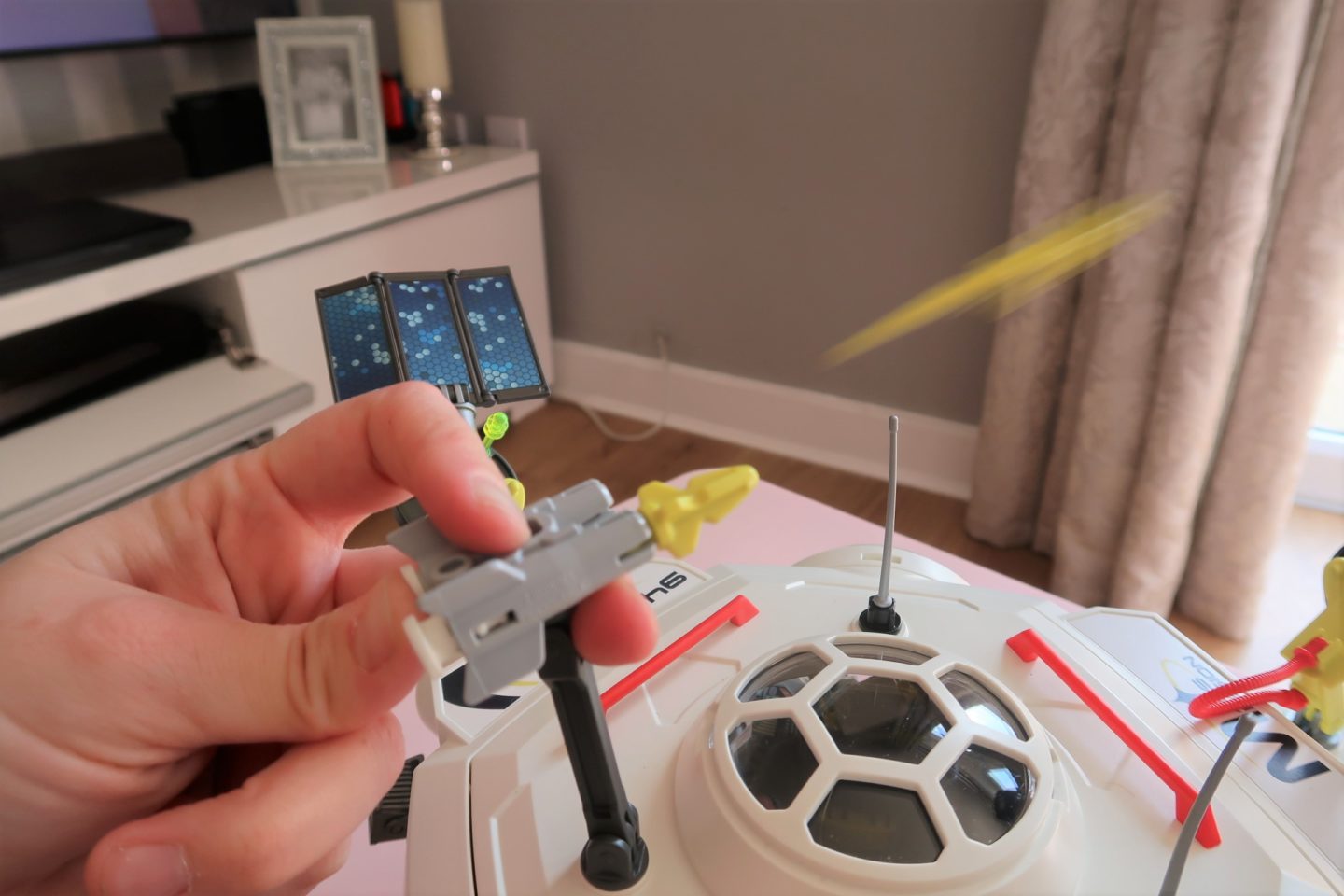 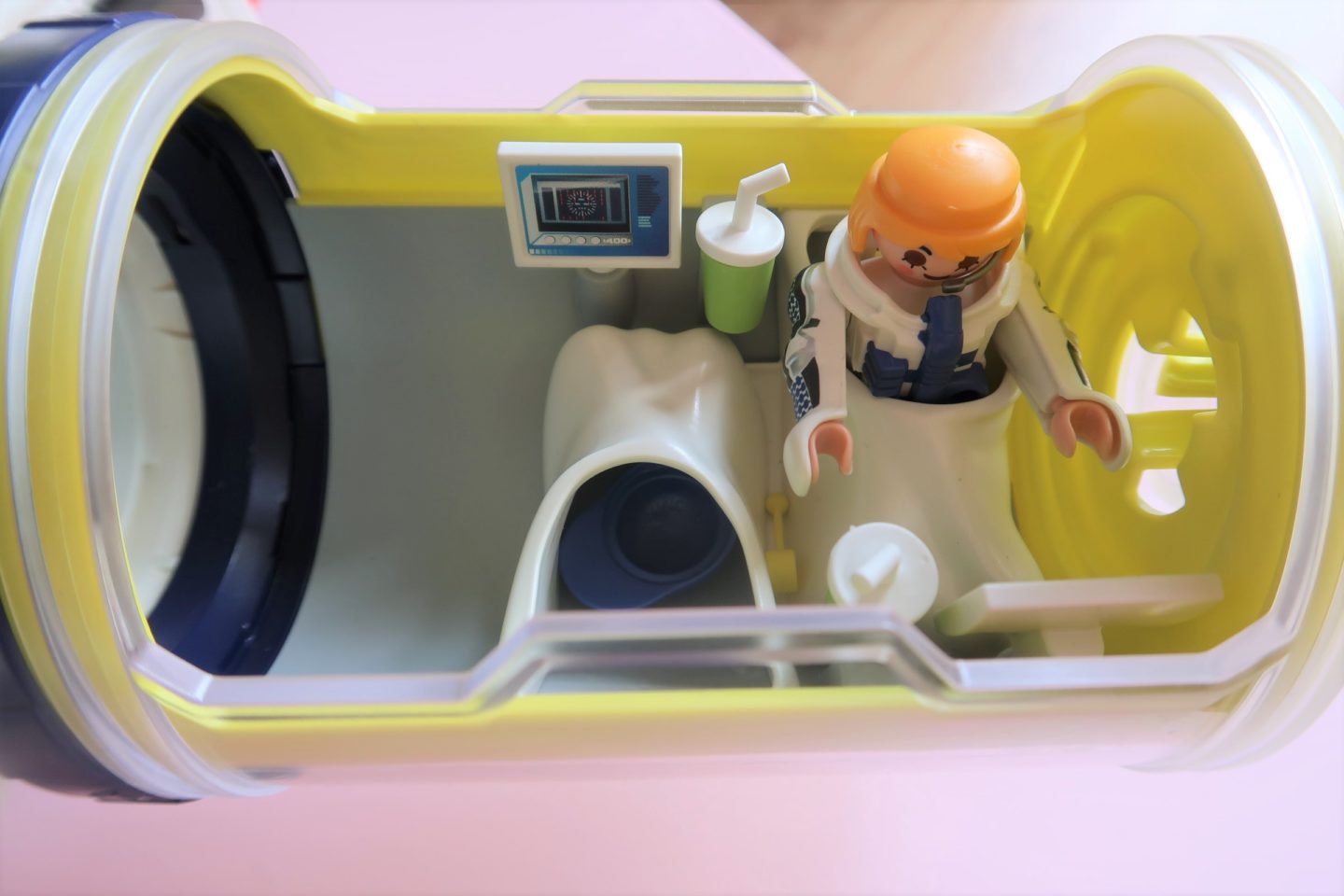 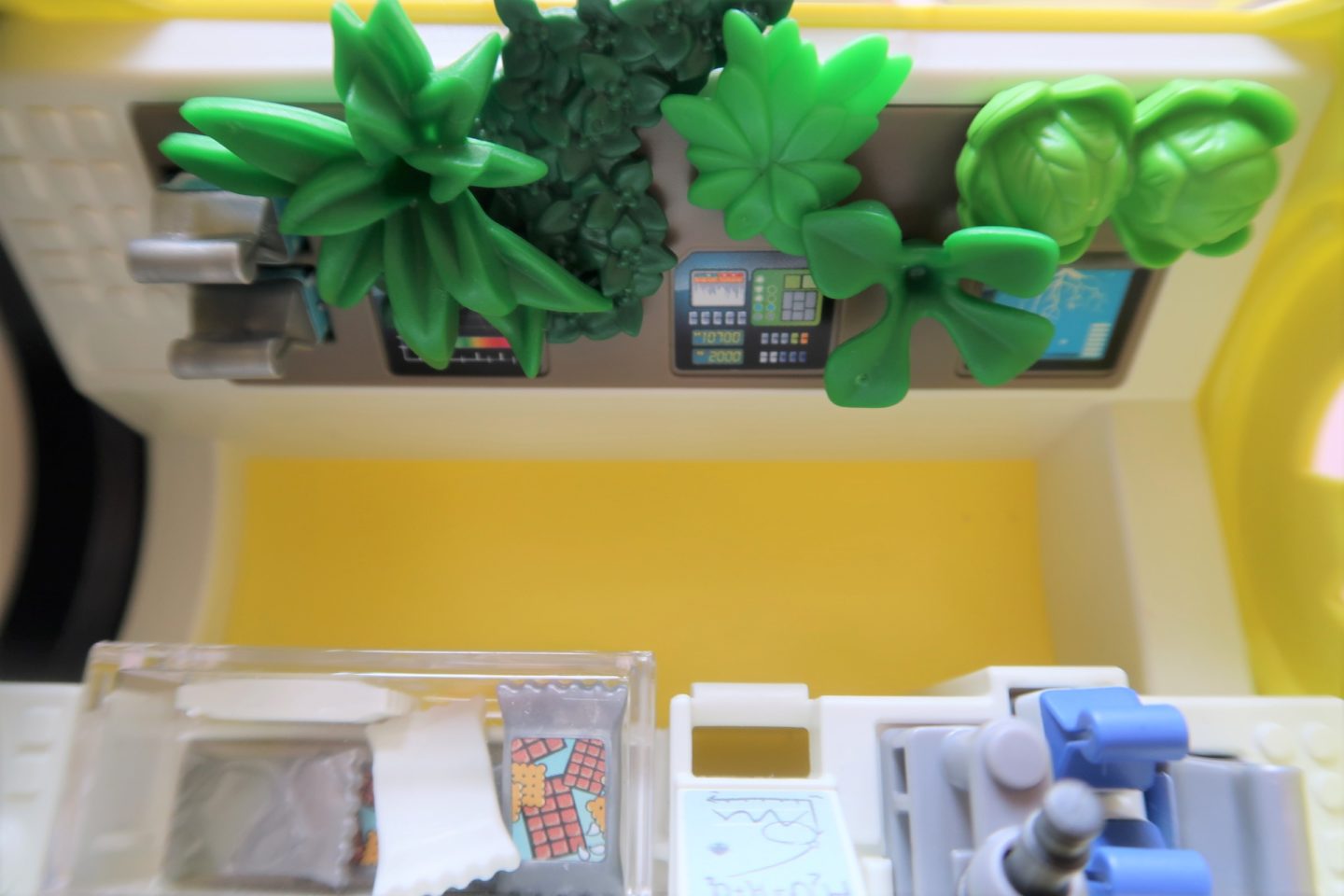 Playmobil’s attention to detail on the Mars space station is brilliant. Inside the the space station there are all sorts of different accessories like clip boards, laptop, tools, drinks, fire extinguisers and they all live in there own little spaces. 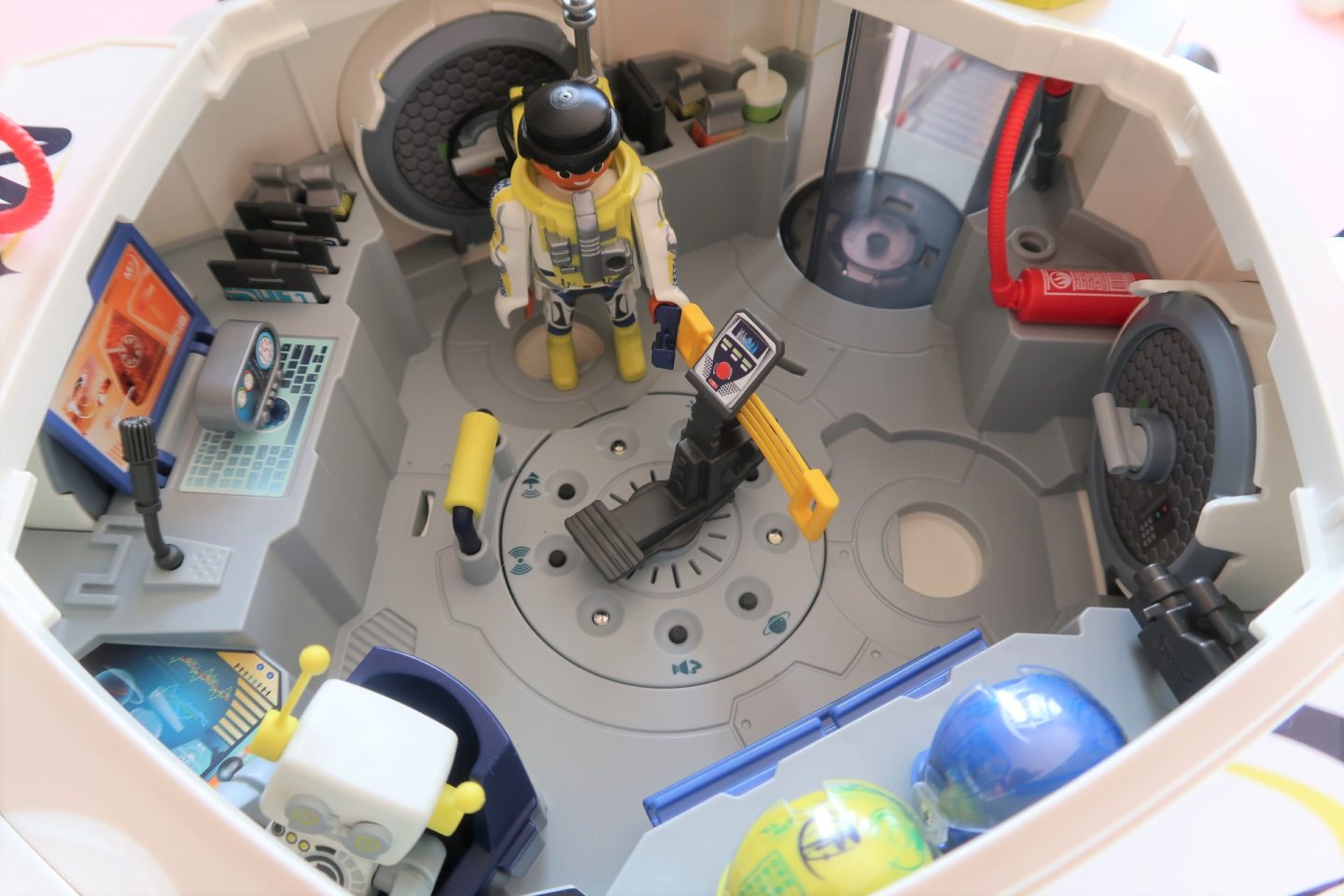 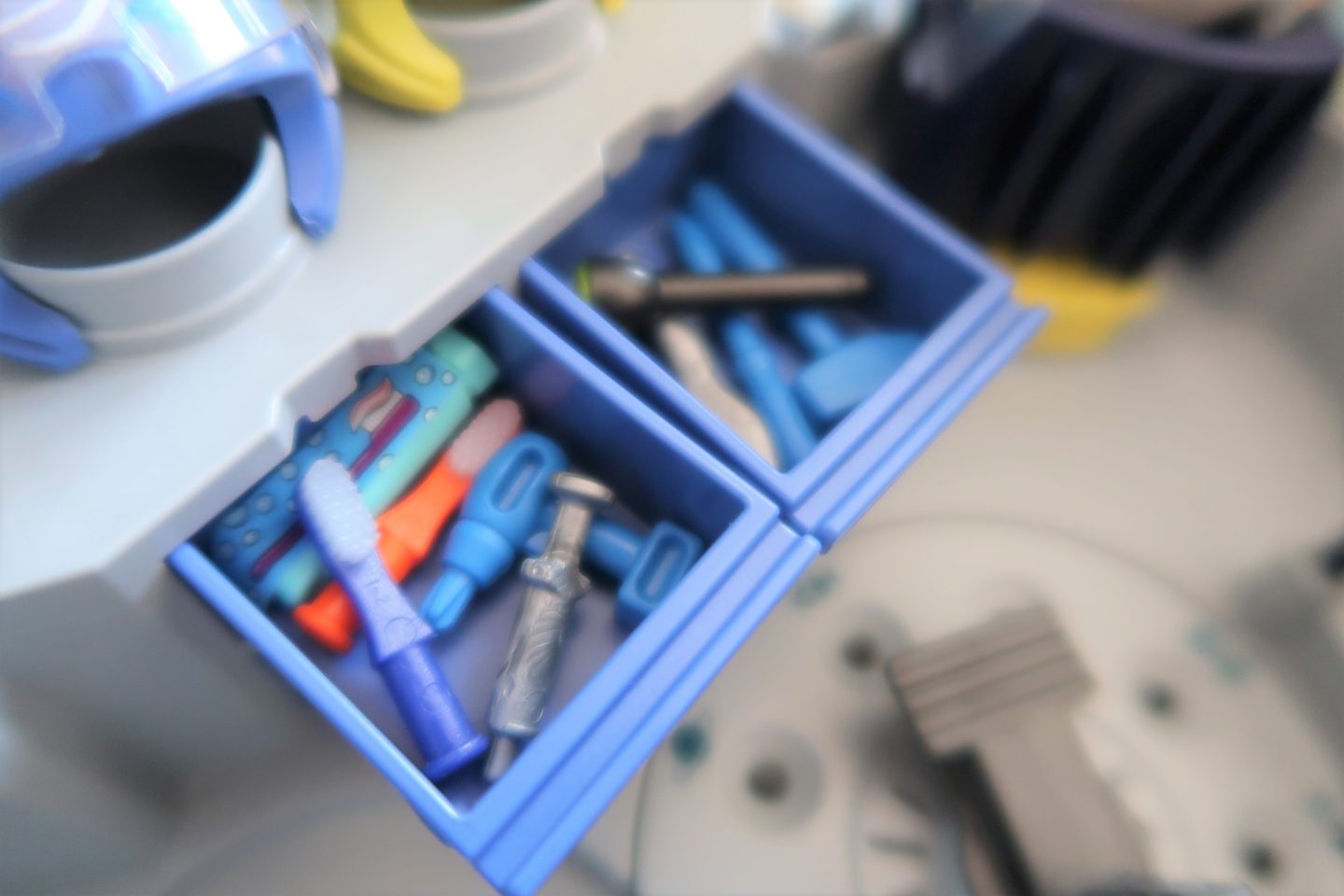 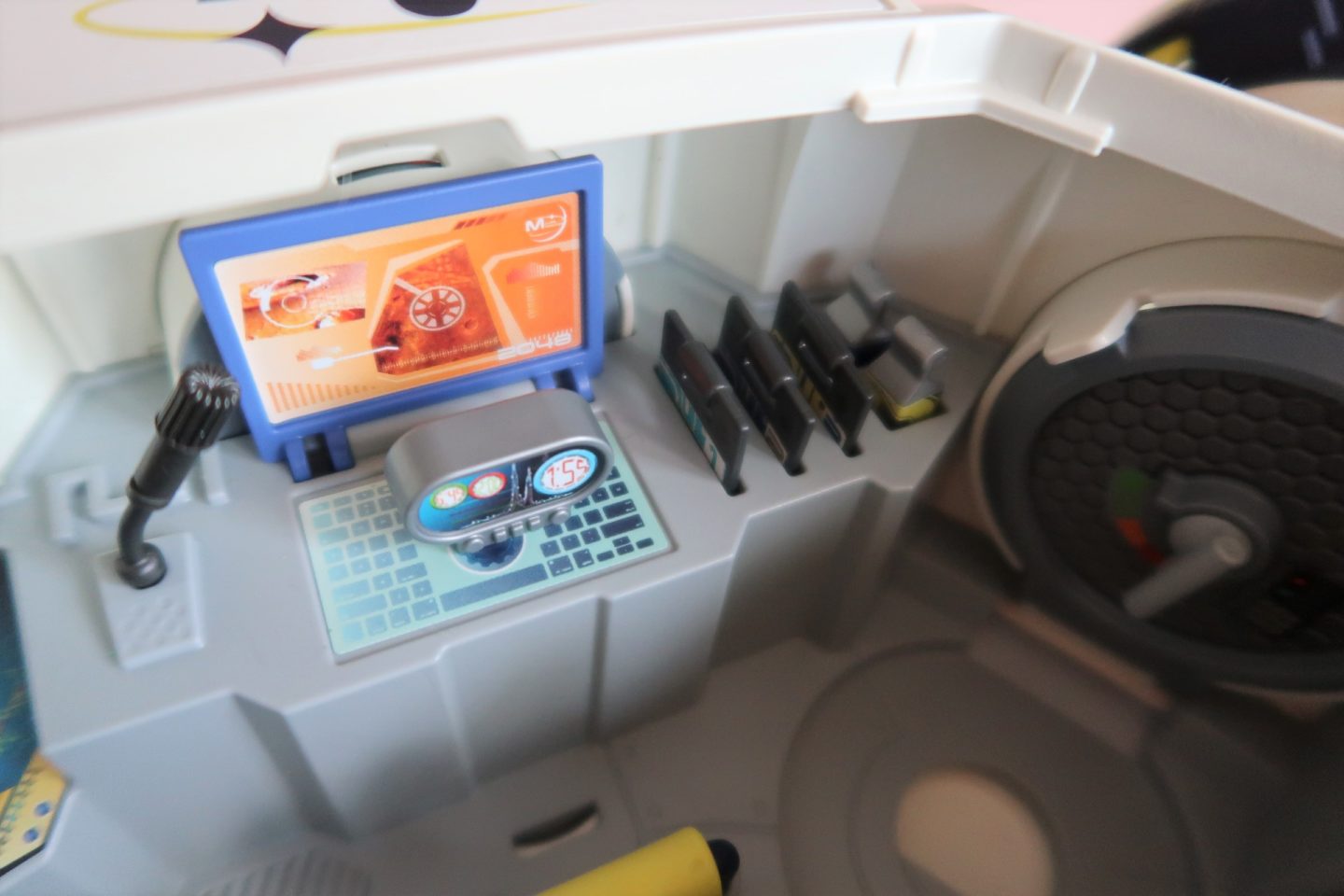 Emily loves her little play sets with characters and it wasnt that long ago we went to our local museum to see Tim Peaks Soyuz space craft and since then they have both shown an interest in space.

So taking into account that this is our first experience with Playmobil we are definitley fans now and Emily has already asked for another set for her birthday in July, even my thirteen year old son has enjoyed playing this with his sisters. 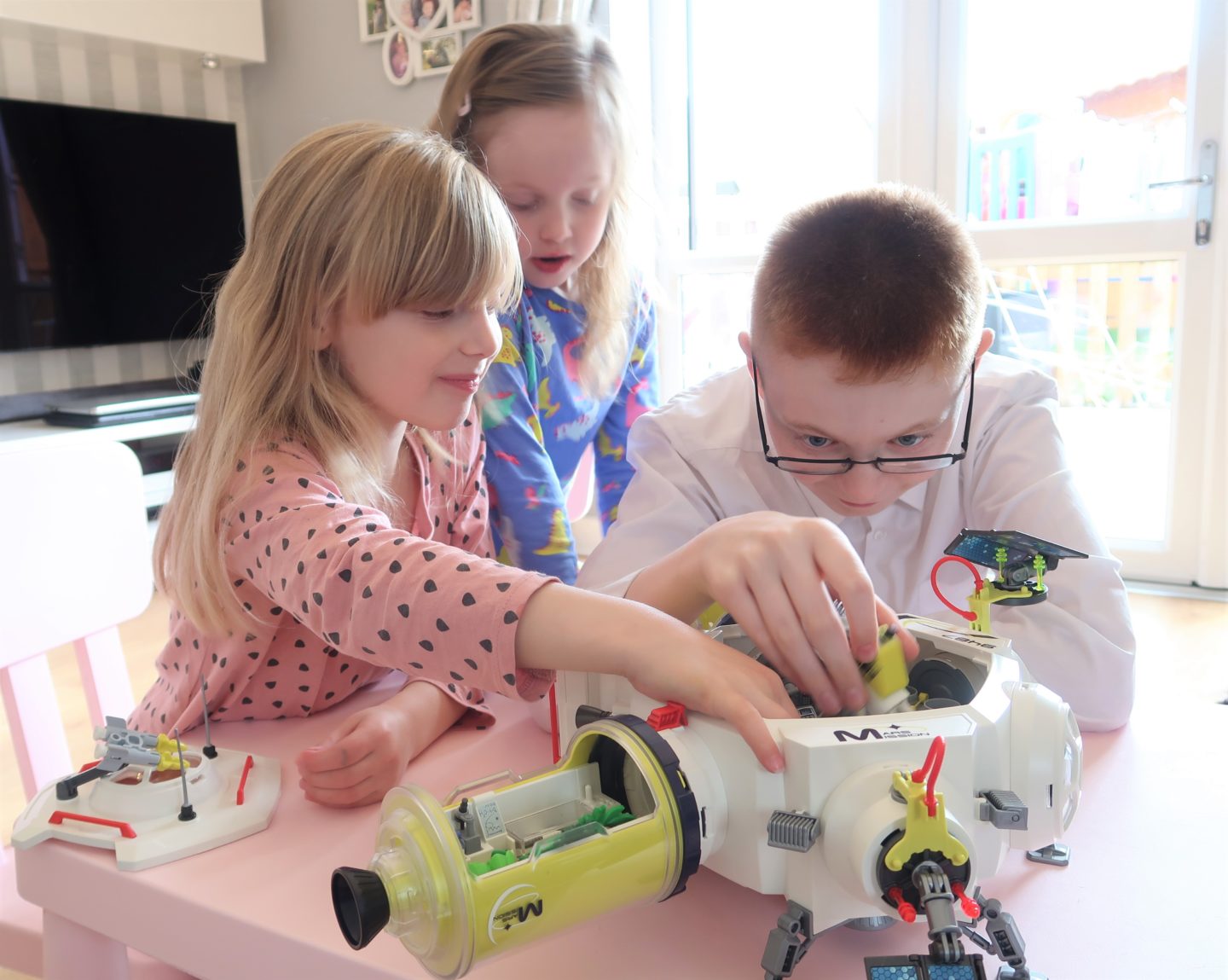 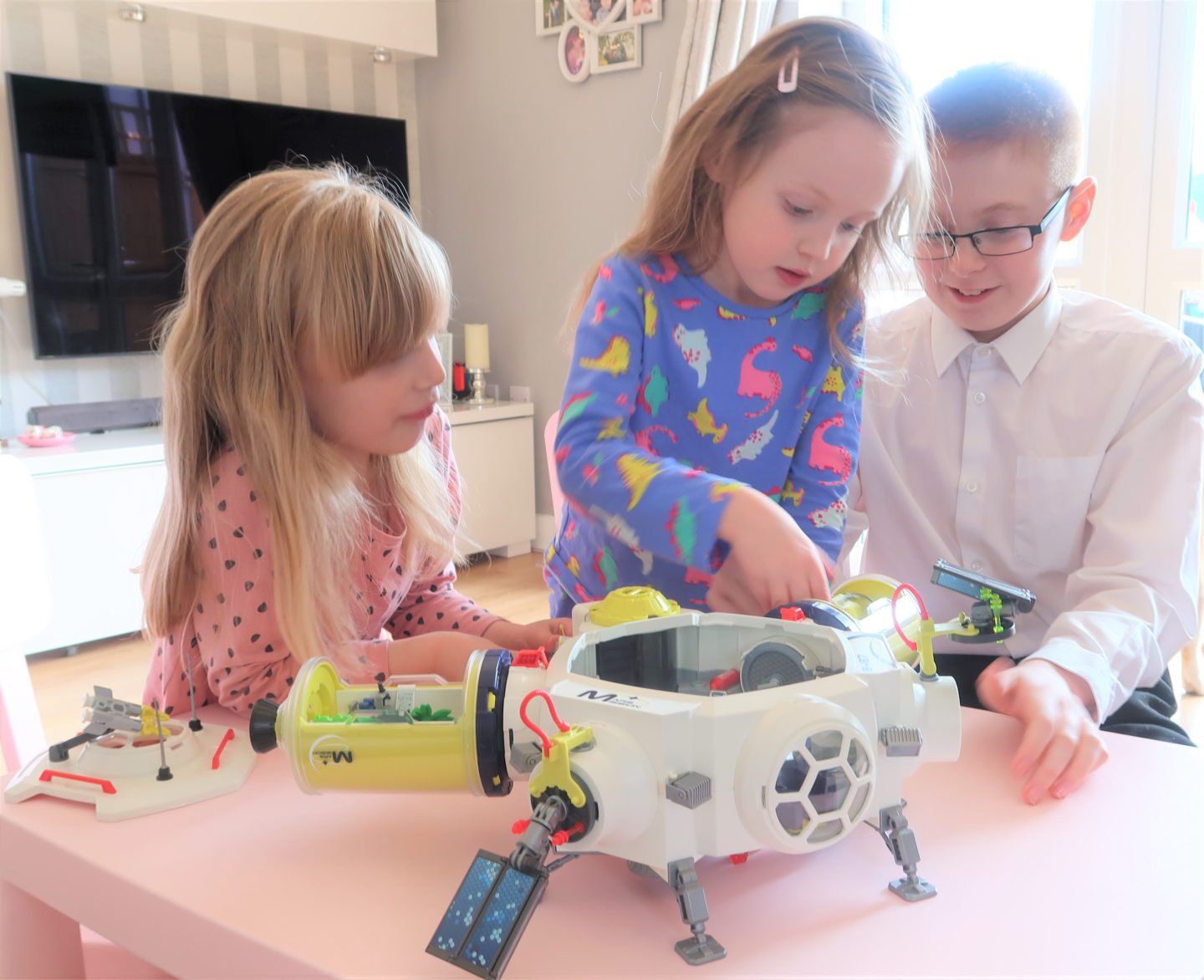 The Playmobil Mars space station retails for £64.00, which I think is a very good price considering just how much you get and the amount of hours of fun they have got out of it so far. 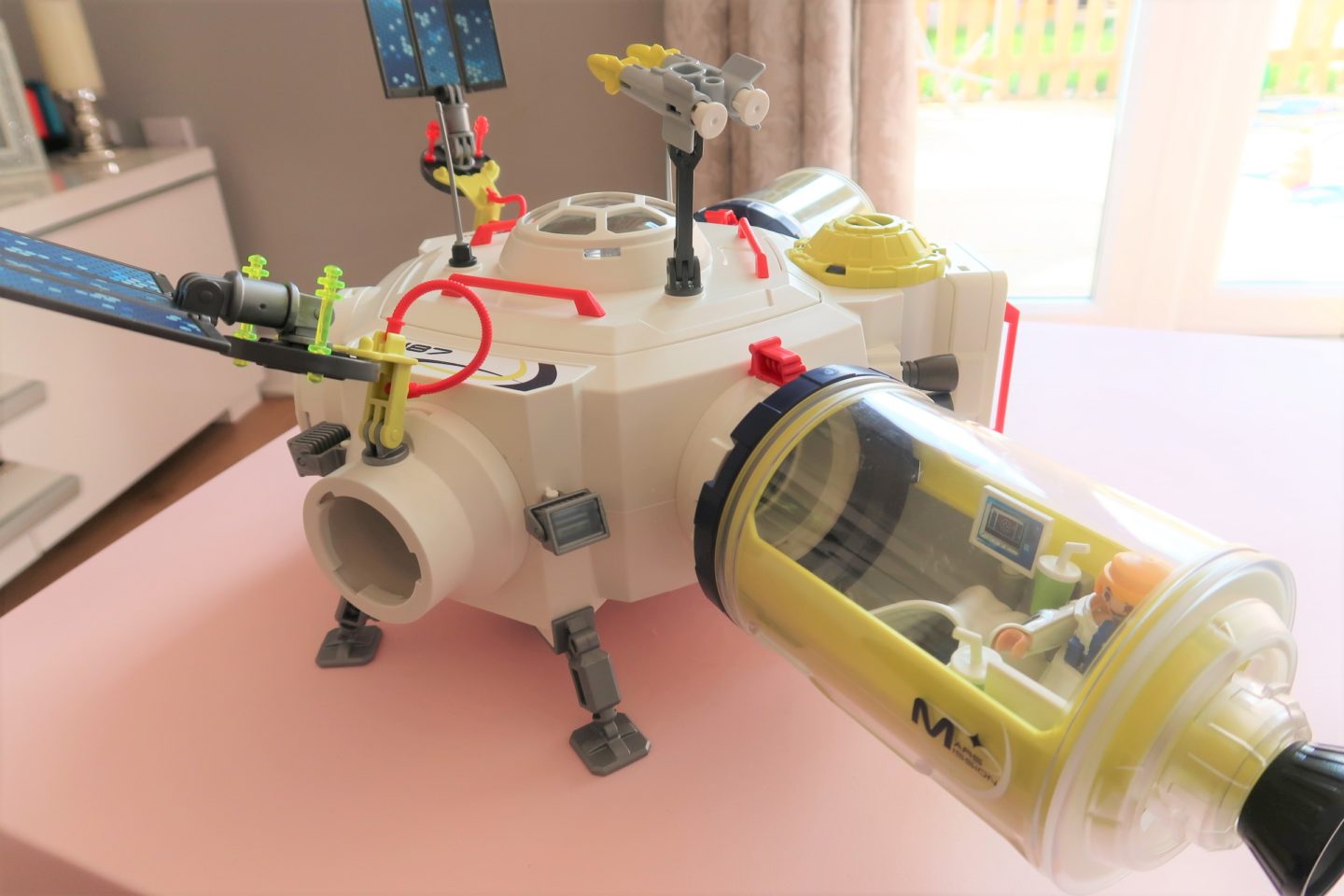 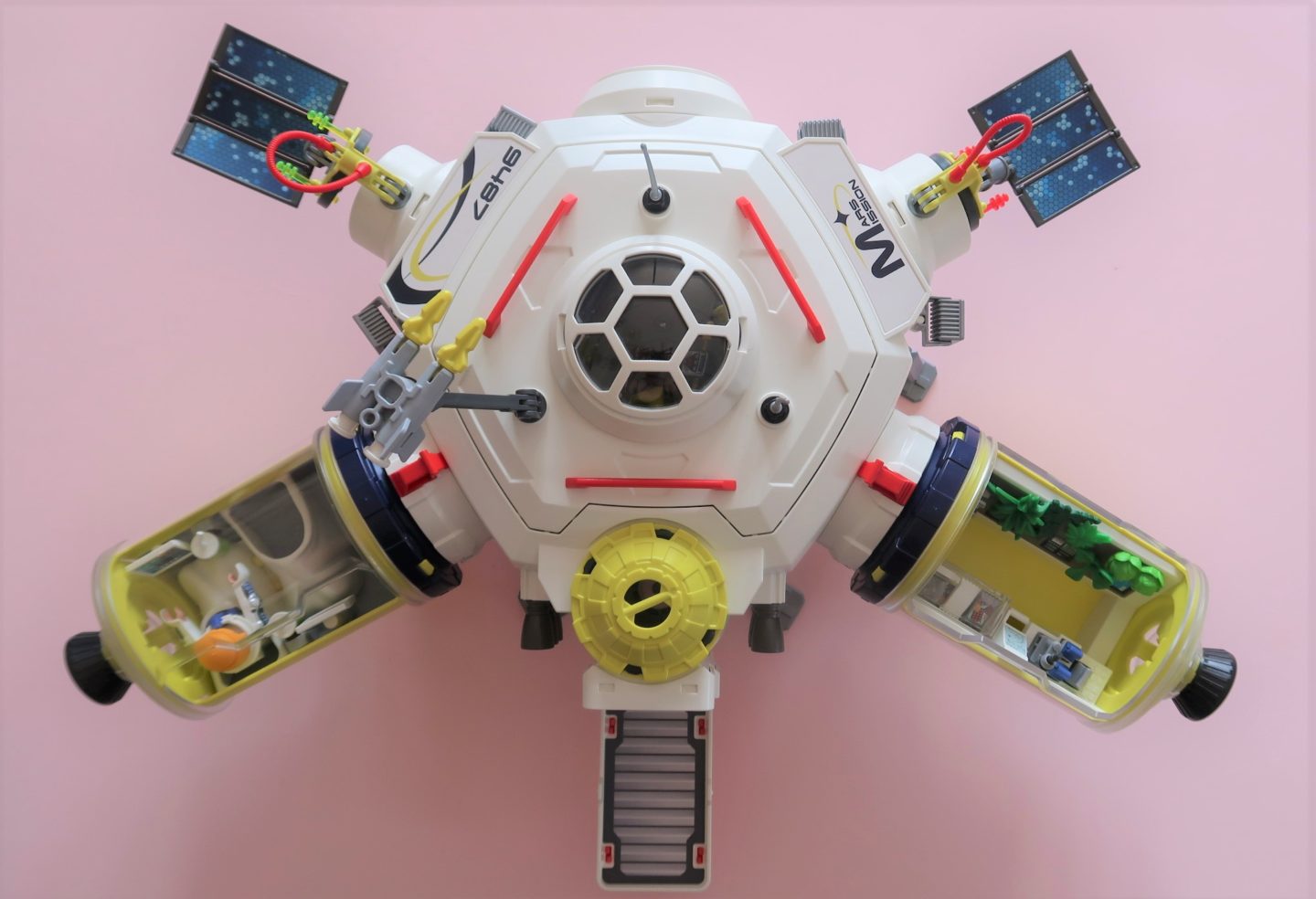 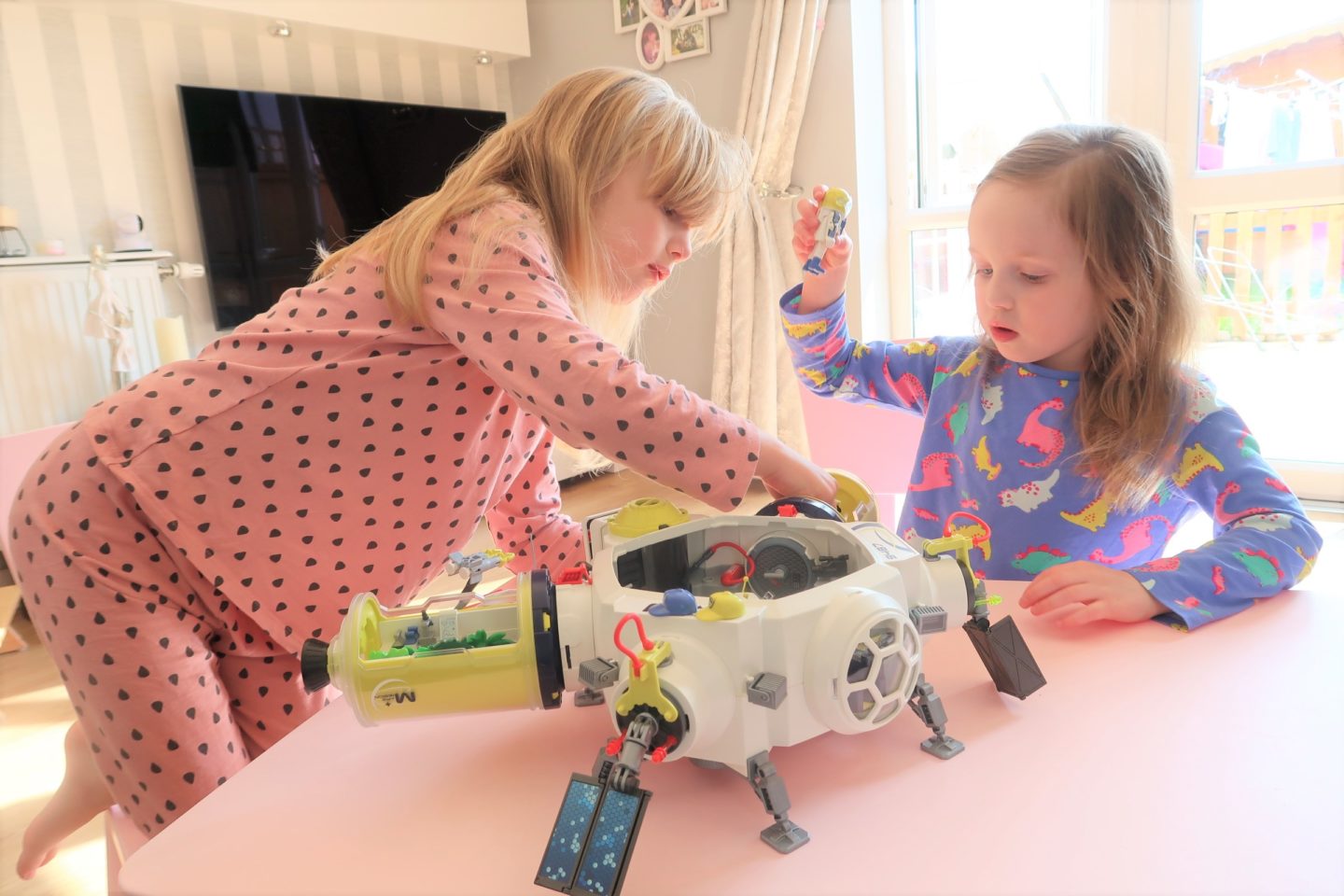 Everything in this set is very well made so there are no worries of heavy hands breaking anything flimsy and fragile which is something you can be confident of when purchasing Playmobil. 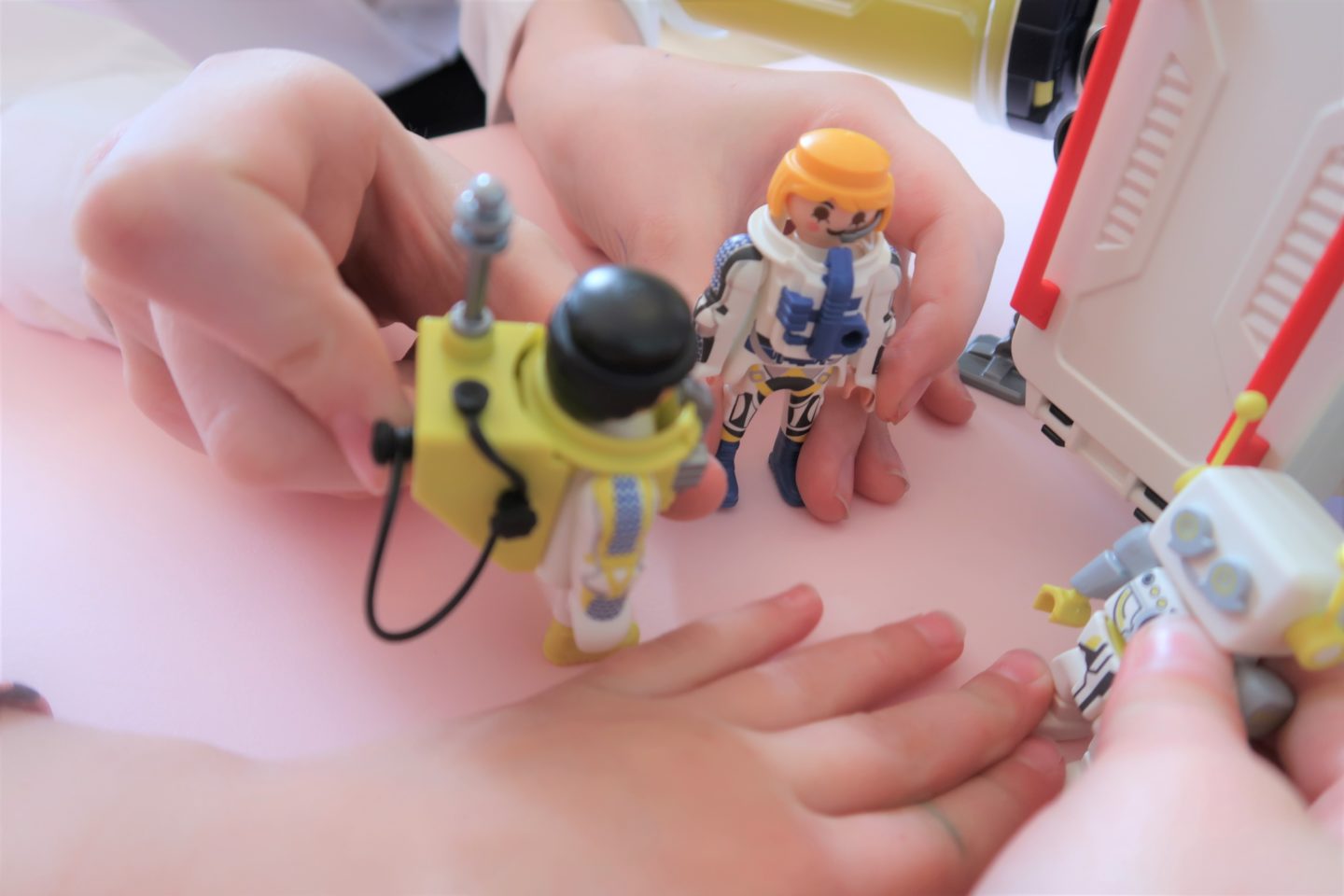 Also available to purchase in the space range is the Mission to Mars Launchpad set, Mars research vehicle, Mars rover and an astronaught and robot duo pack.

Click here to read some more of our reviews