Disclaimer- I brought this product with my own money. Loved it and needed to share it with you all.

Most of us are suffering right now with the rise of pollen and I for one am one of them. Well, I was until about a week ago, however this goes further back to 2014 which is the first time I had heard and tried this device.

I was pregnant with Lydia and was told that I shouldn’t take hayfever tablets and only stick to topical medications which were making no difference what so ever. I was at my sisters and she said that Graham (her husband) had been using an allergy reliever and really rated it and by this point I was desperate and even though I was very sceptical I went home and brought one and it was amazing.  I have no idea what happened to it back then.

My nose would either be running to the point i’d have to plug it with tissue paper and I’d be constantly sneezing OR It was completely blocked and I couldn’t breath out of my nose and would have to sleep with my mouth open during the night, I would either wake up with a sore throat or a headache. My eyes, used to itch so much to the point I would rub them so hard I would make my eyes red and sore.

Last week I was reminded about the clever little device I used to stick up nose, which prompted me to buy myself a new one. I found one on Amazon and it arrived the very next day, got to love Amazon prime! 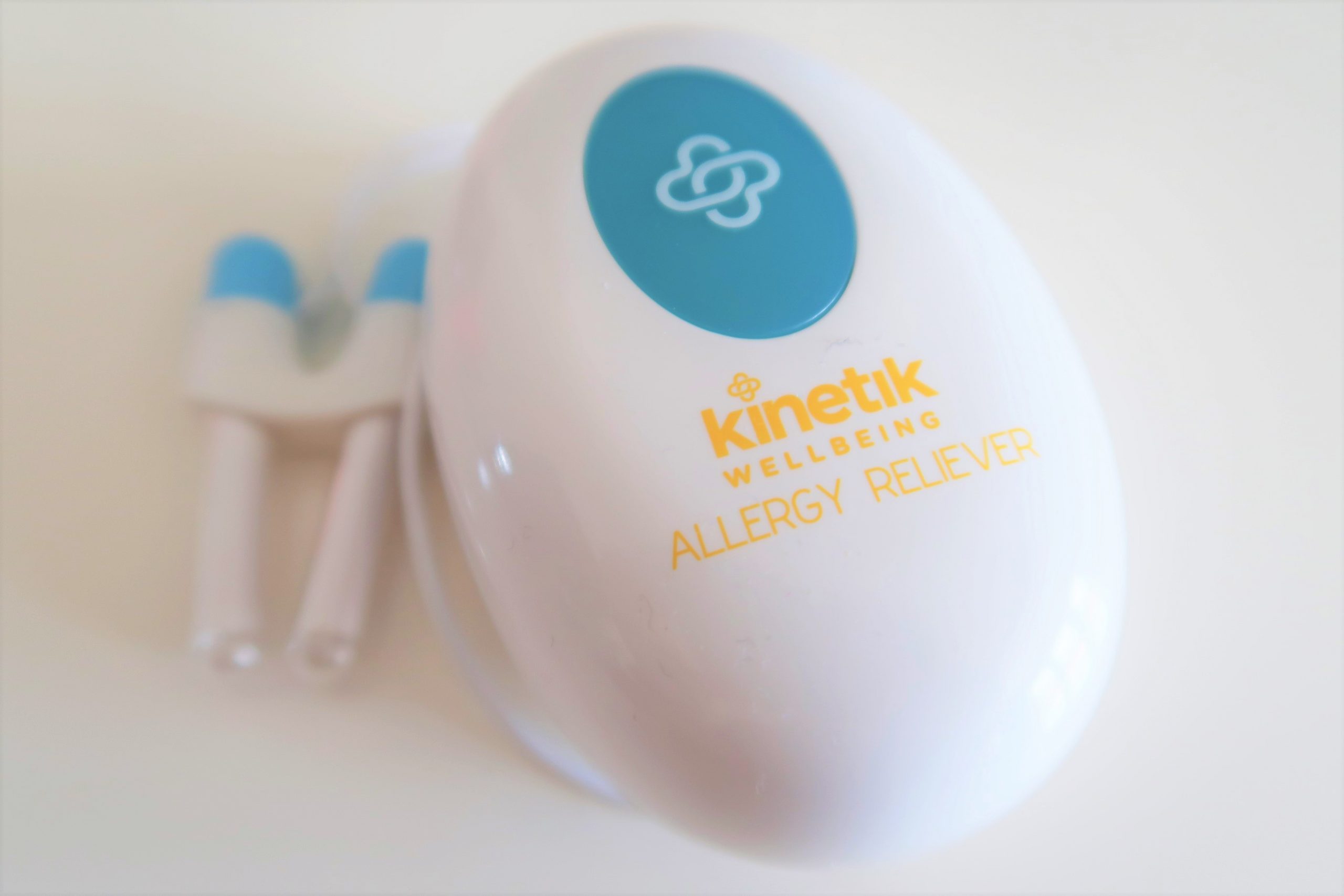 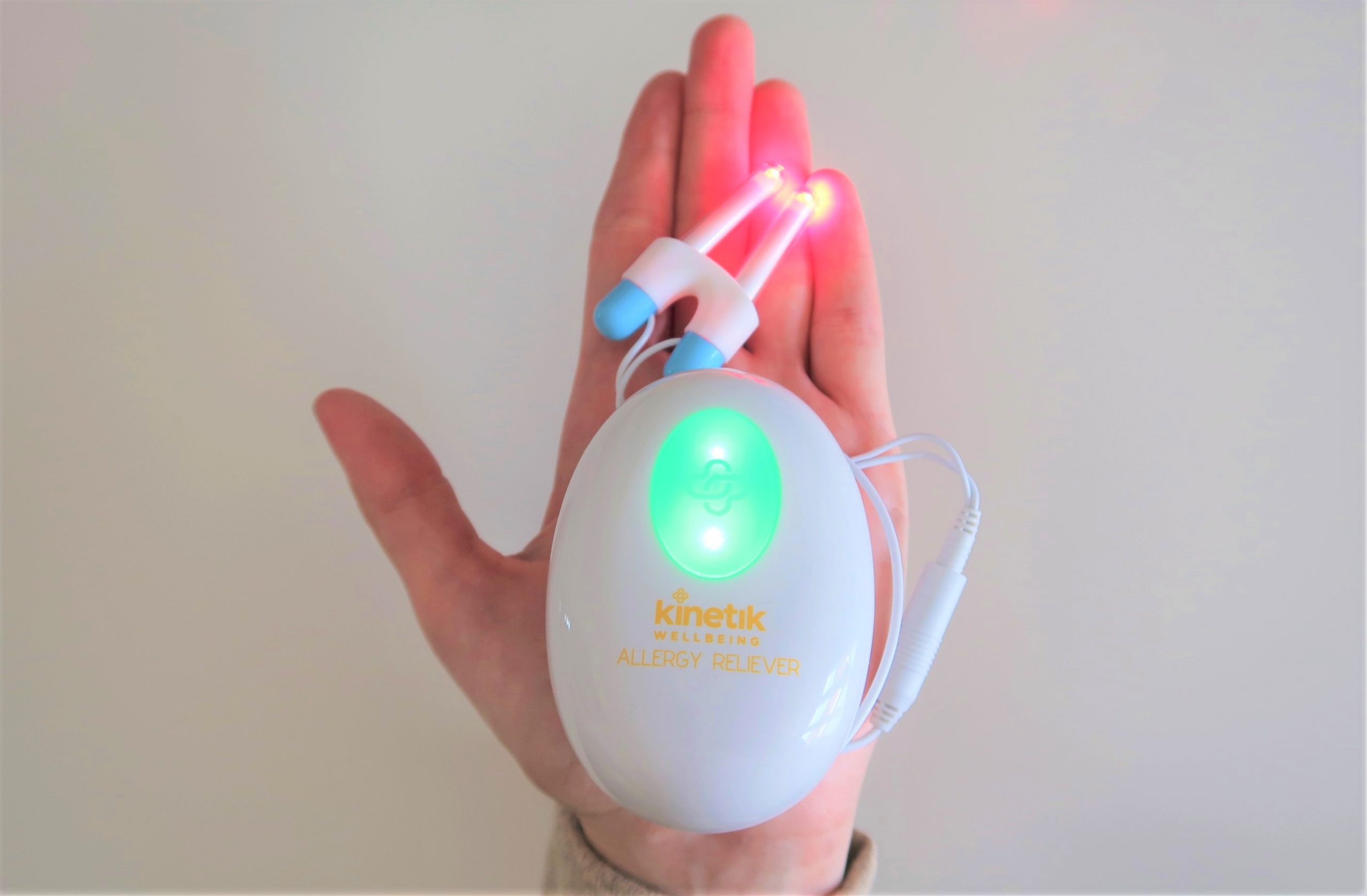 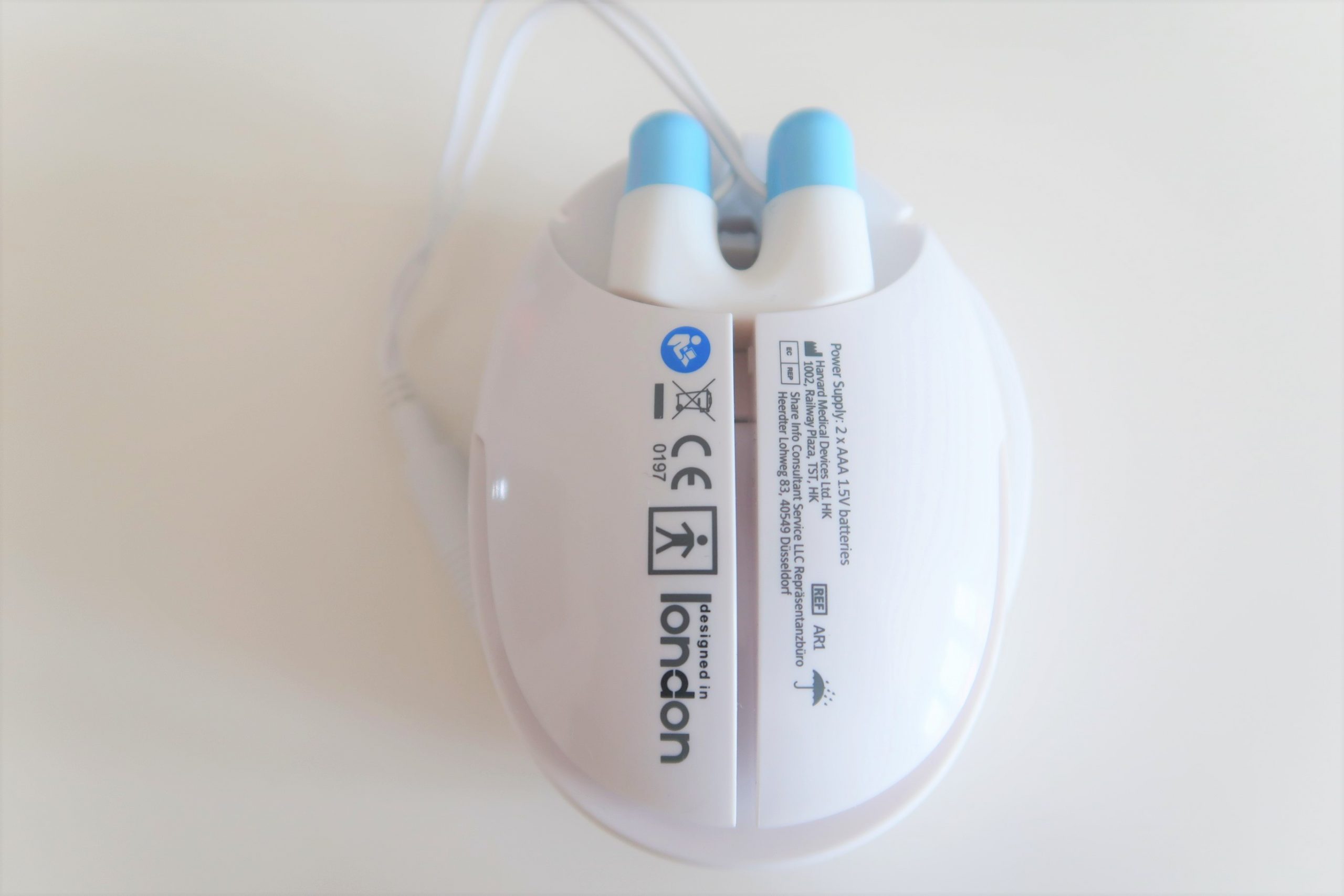 Whats in the box:

I wasted no time getting it out of the box. It is super easy to set up because all you need to do is pop the 2 x AAA batteries (included in the box) into the device, put the probes up your nose and press the big button in the middle. It will make make two beeping sounds and the end of you nose will light up like Rudolph. After three minutes, it will beep eight times and your done, take it out of your nose, give it a wipe and store it away until your next use.

I use my reliever 3-4 times a day leaving 5-6 hours between each session. I also take my daily antihistamine tablet, Optrex itchy eye drops and Beconase nasal spray. I also use Hayfever face wipes when I remember. I should also mention that sometimes I have forgotten to take my antihistamine tablet and have still felt great. 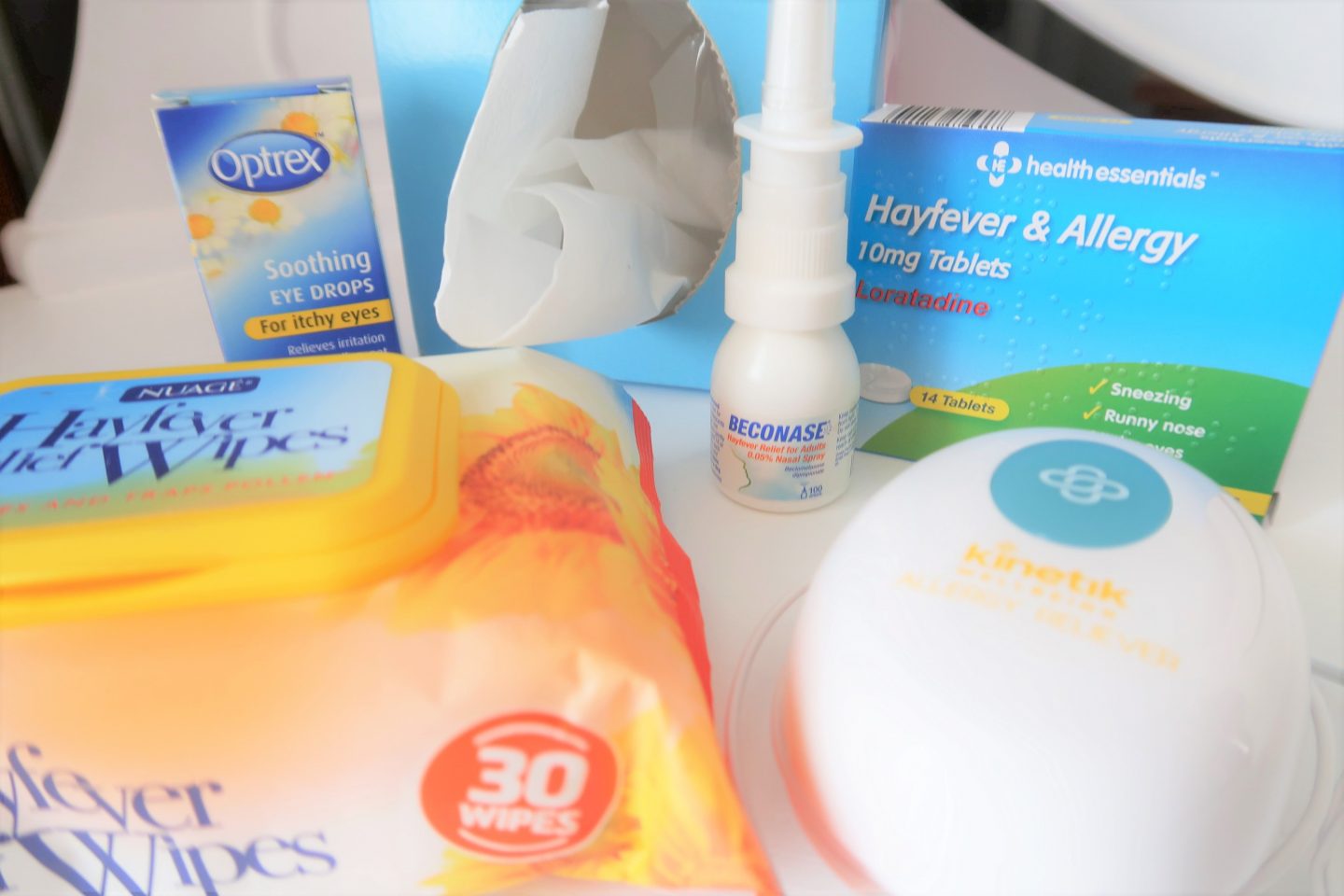 How does it work?

I wish I had brought this weeks ago and I am gutted that I didn’t think to buy it back then, however I am so glad I have it now because for me this has been amazing. I have been using it for just over a week and all of my symptoms have quickly improved. I have been able to sleep through the night and relax in the evenings without feeling like I am suffocating.

I cannot recommend this product enough if your a fellow sufferer like me. Anyone who knows me know how bad I suffer with this every year and for just under £20 on Amazon it was worth every single penny. I’m not saying that this is going to work for everyone but for me It has given me the chance to enjoy being outdoors  again comfortably with my kids.